Well today was a Red Day here in Sweden, which means it is a day off from work.


So today I spent some time to get more figures ready for Lion Rampant.  I also took some time to finish up these sinking ship markers for my WWI and WWII Naval Thunder games we play at the club.  I will be playing a WWI naval game tomorrow night with Soren and Jesper. 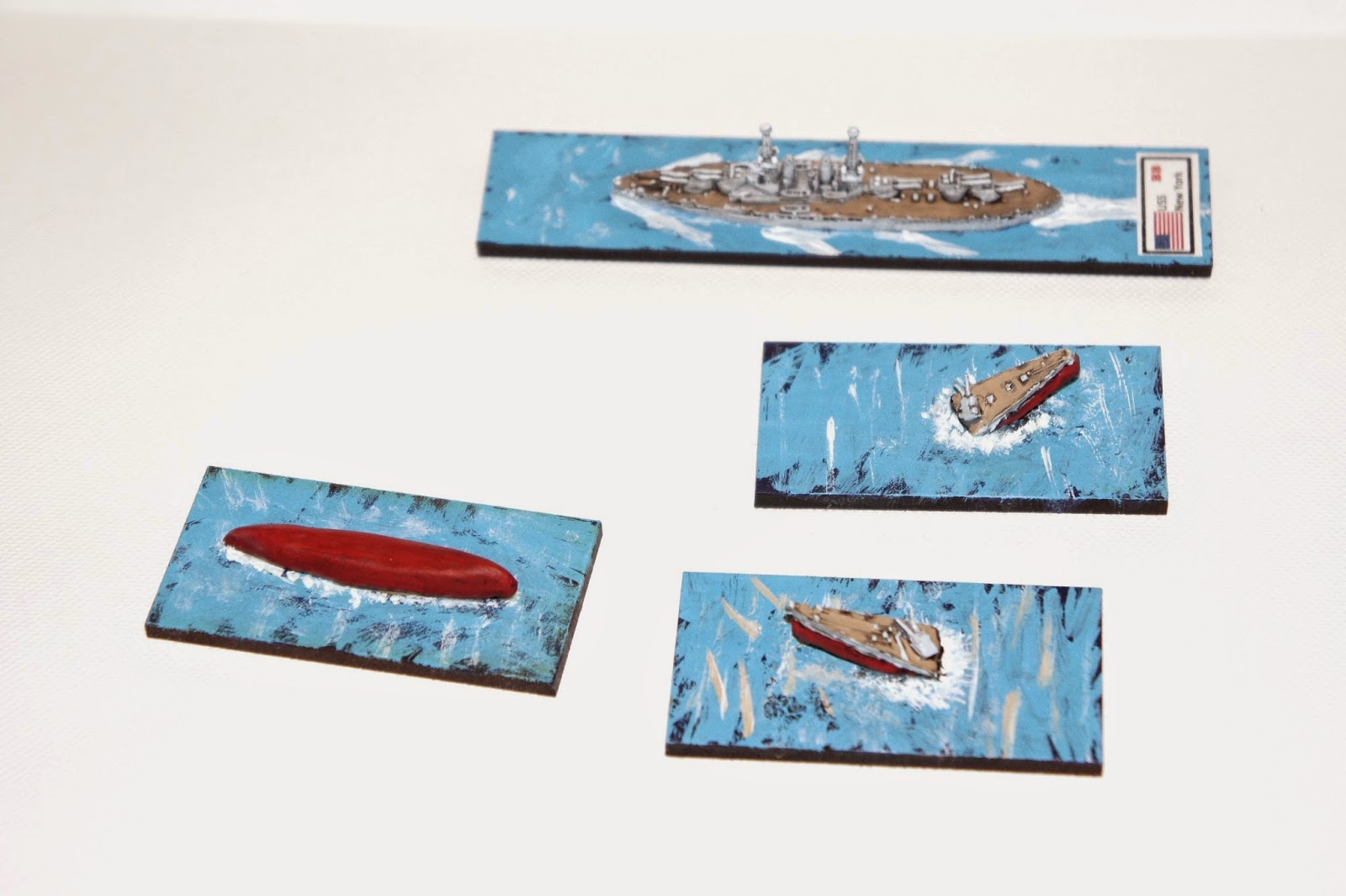 I started to work on these markers a while back but today I was able to finish them up.  I used some Green Stuff to complete the hull of this ship so when I rotate the ship you can see the below water portion of the ship that is not on the original miniature. 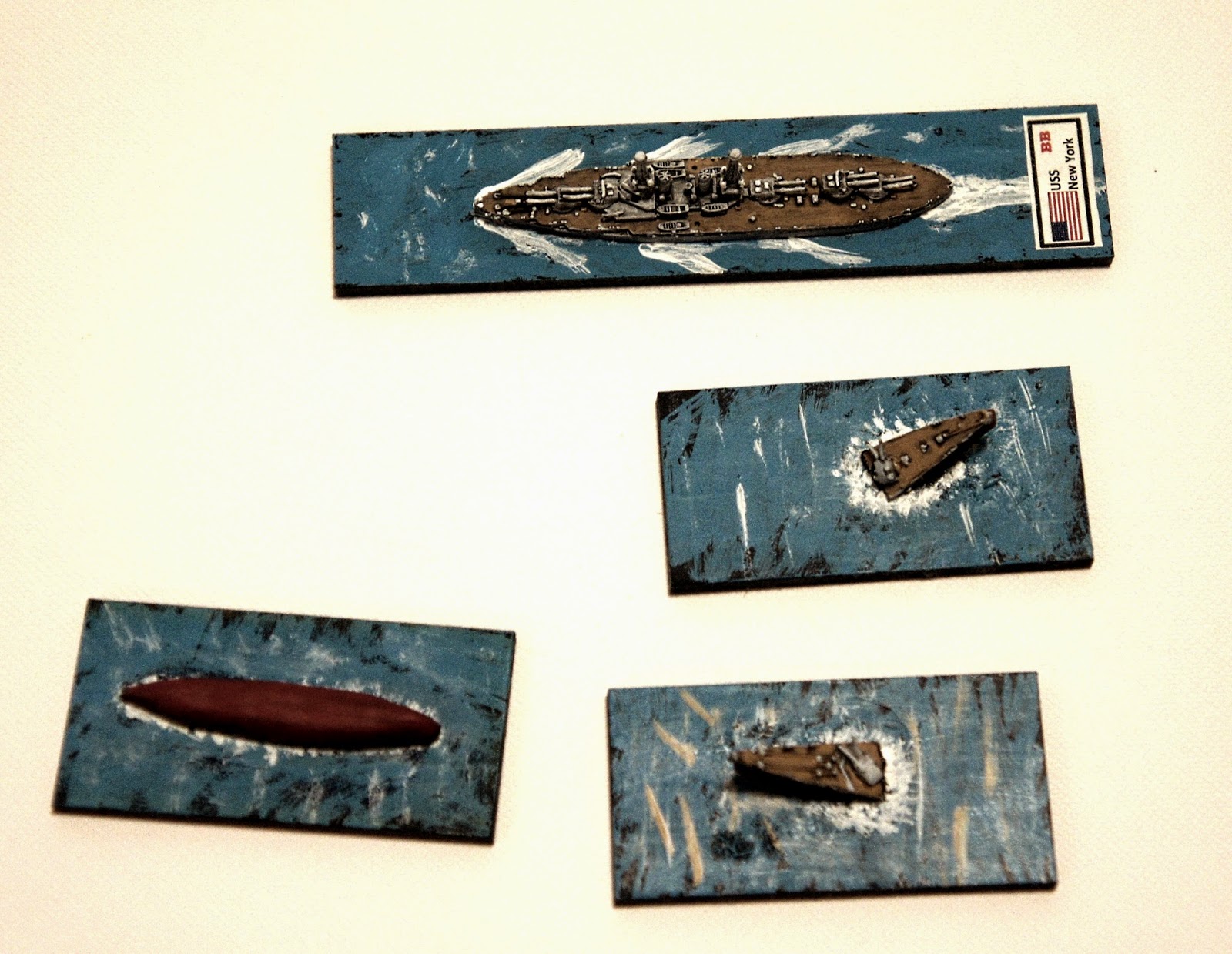 For the two markers that are exposing the hull I used an extra 1/2400 scale GHQ ship to create this sinking ship marker.  The marker that is just the hull above water is all made from Green Stuff. It is the first time that I have made anything with Green Stuff so hopefully I will get better with time. 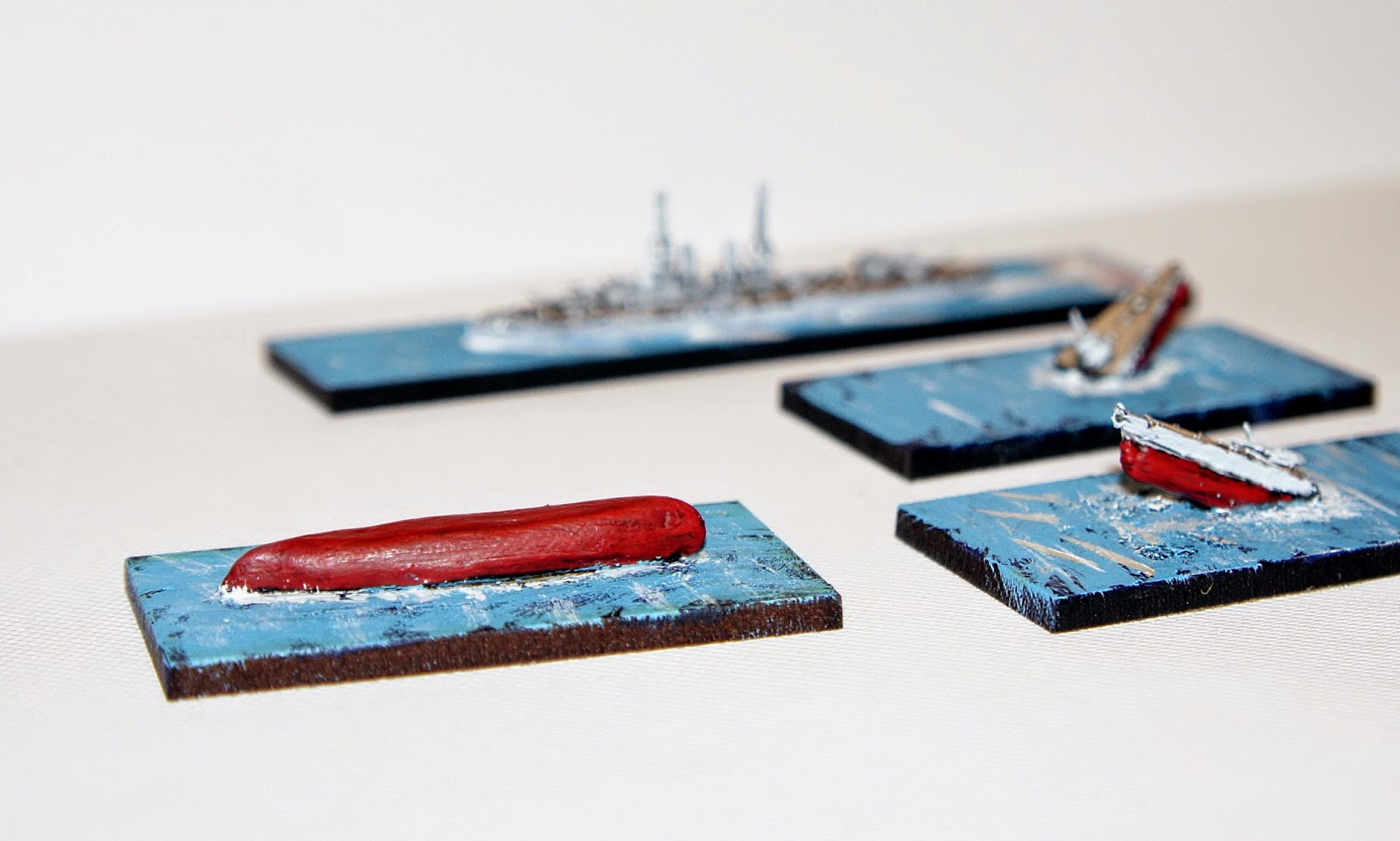 Hopefully there will not be too many sunk ships for me tomorrow but at least there are three markers for us to use. I will probably make another one with just the hull side up.  It will be larger than the one I made today. 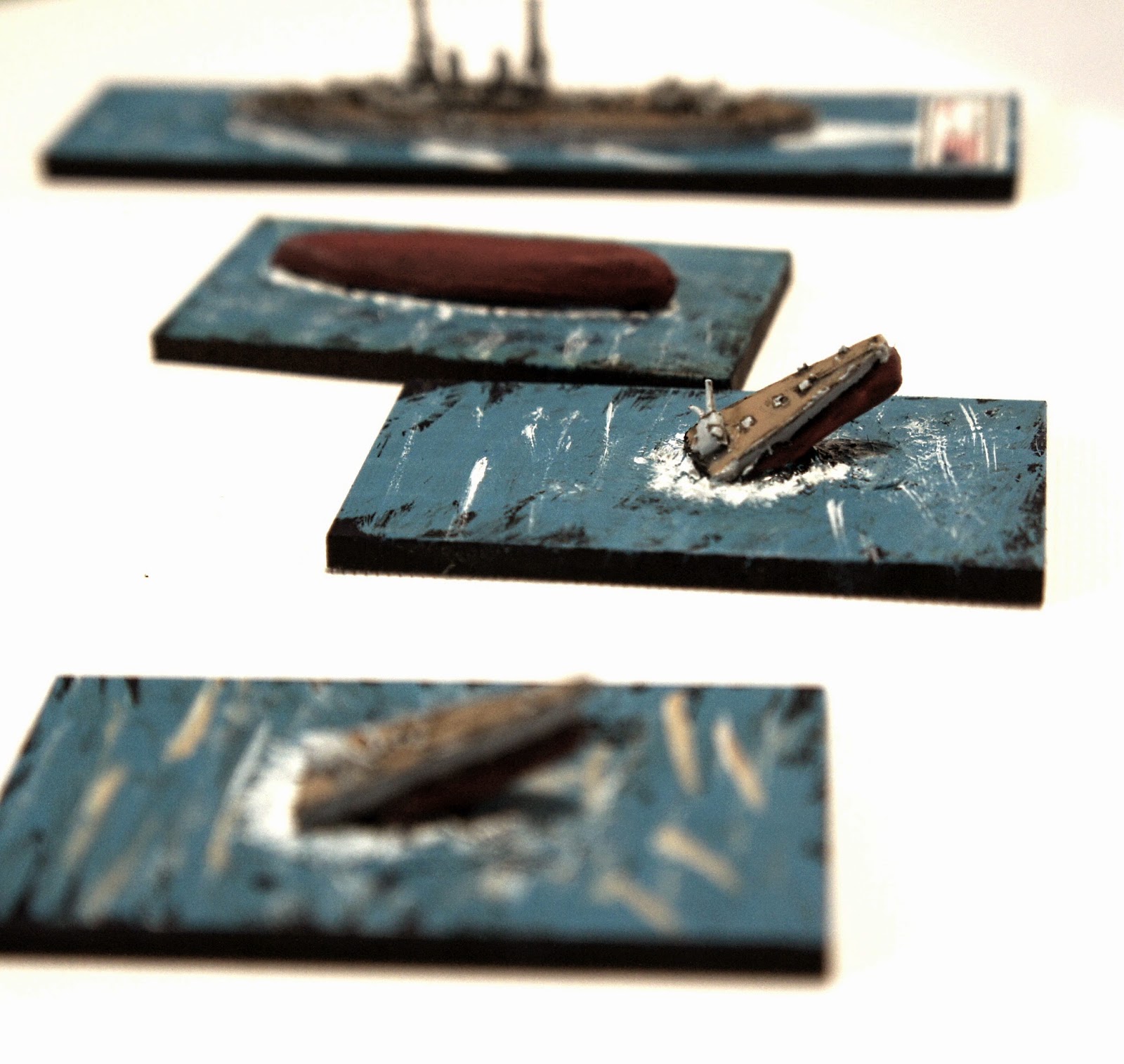 Enjoy and I will post pictures from our game that we are playing tomorrow sometime later this week.  I received some intelligence reports that there may be some German Zeppelins making an appearance in the game. Check back later this week and find out how it went.