Good Evening all!
I know it has been some time since I have posted and painted anything. Well this weekend I am doing both. I have painted up four more aircraft for my upcoming games of AirWar C21 at the club focusing on what if air battles over the Baltic.

One of the first scenarios I will run at the club is based of the incident that took place in Sweden last year when two SU-24's entered Swedish Airspace south of the island of Orland. Check out the link to an article about the incident. The Aviationist website

So for the scenario I needed some SU-24's and I was able to order two from Tumbling Dice. 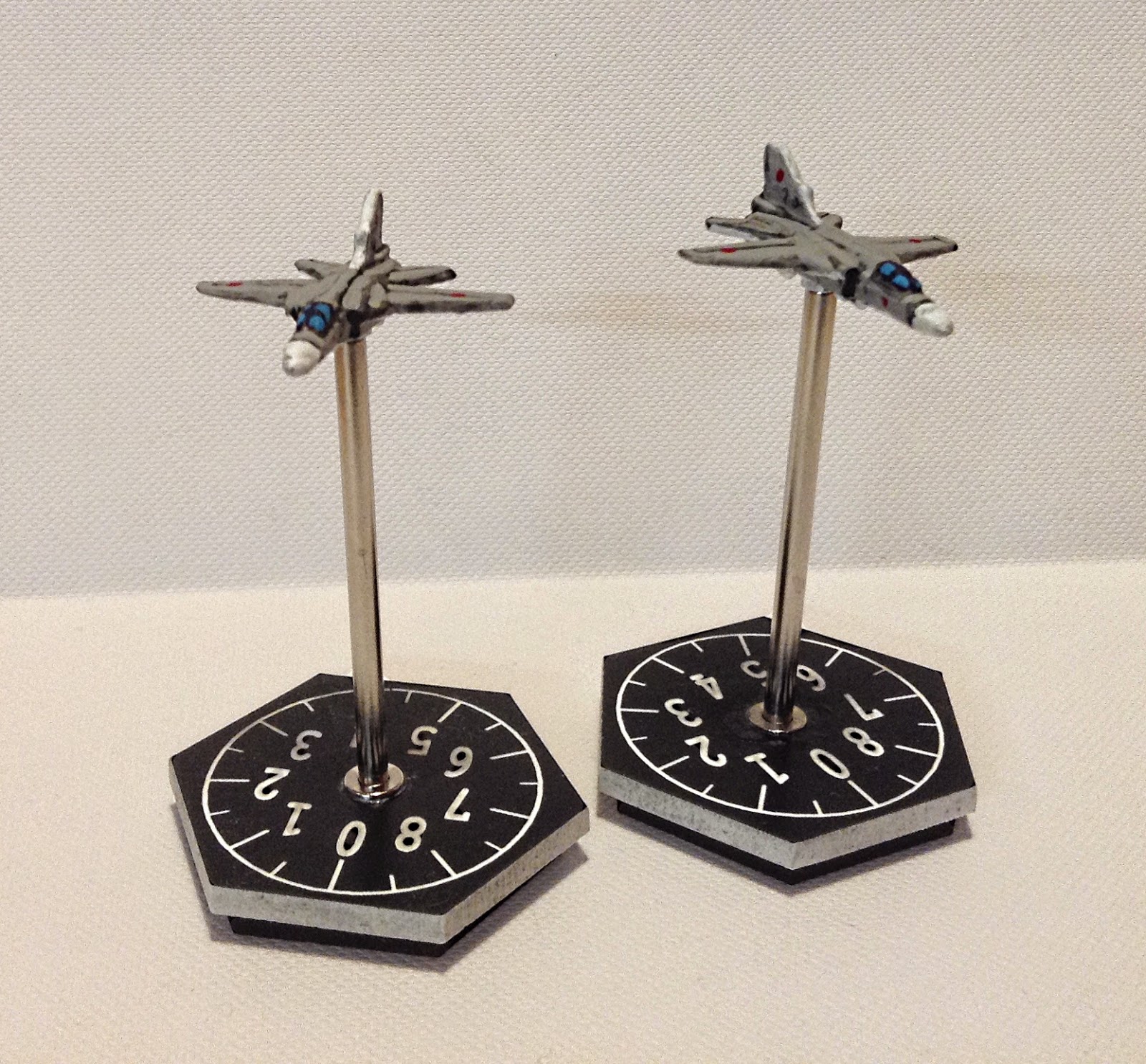 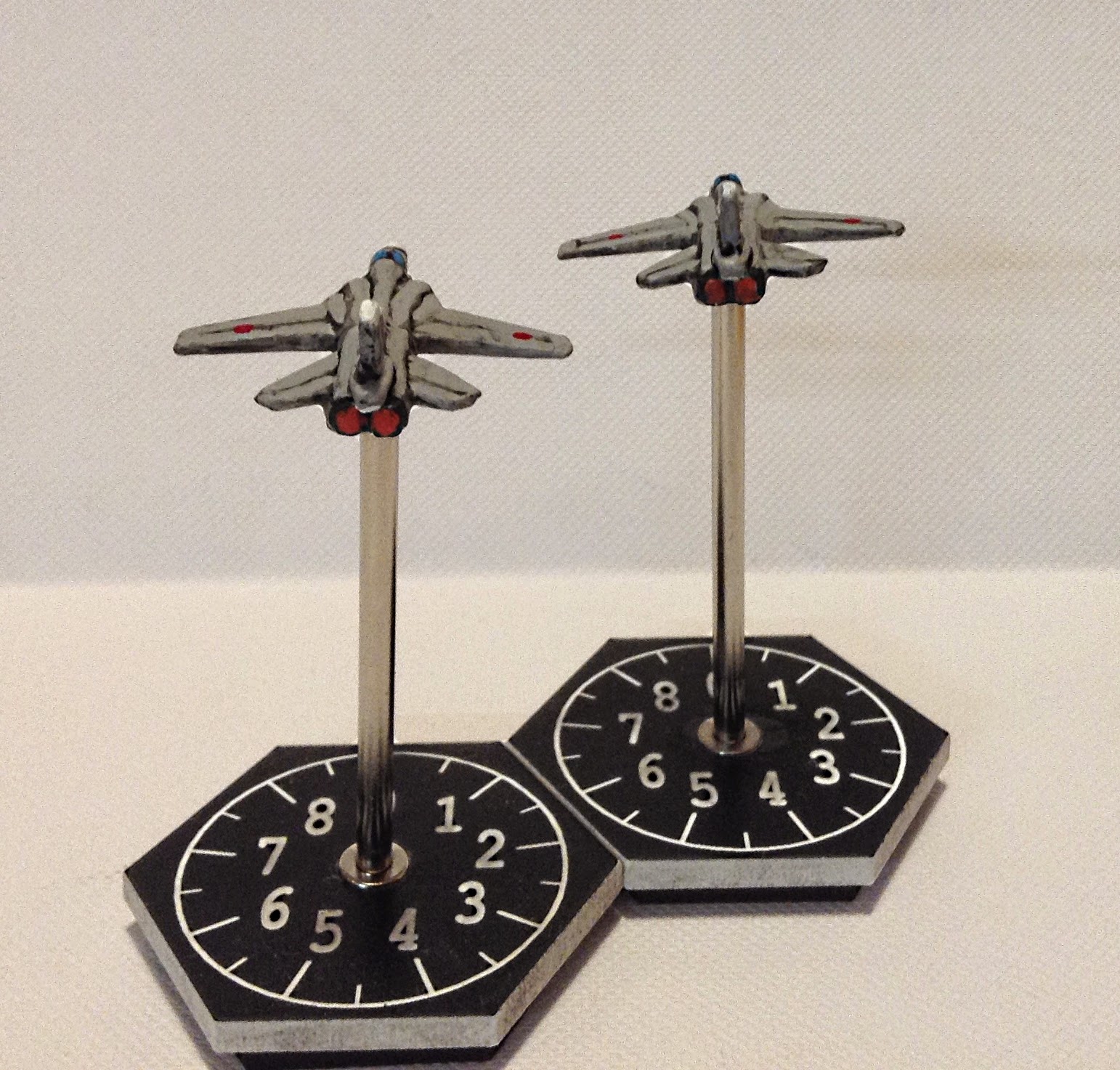 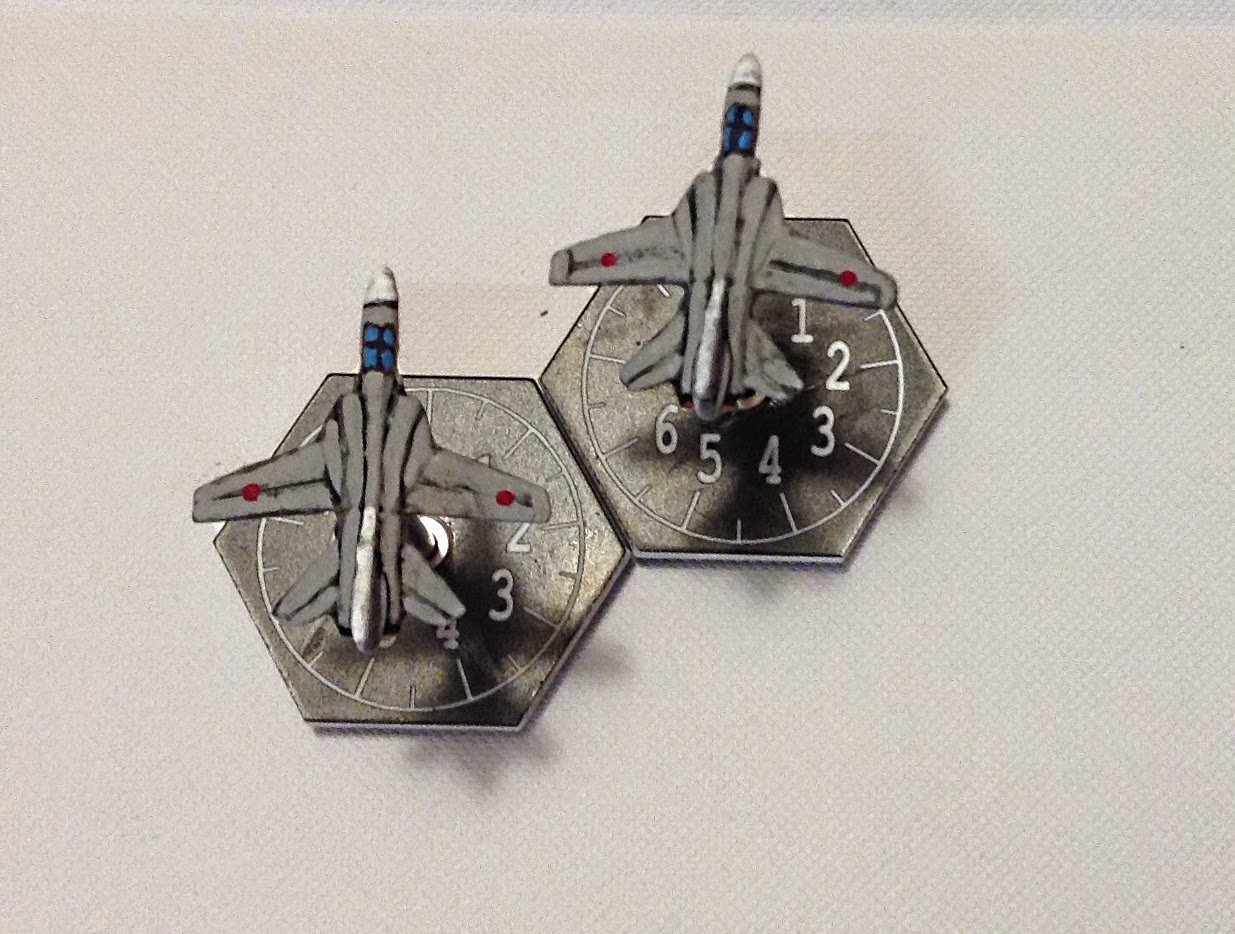 For another scenario I have been following the news about a joint, Swedish, Finnish and US training exercise involving JAS-39's, F-16's and F-18's. Check out this article here about the exercise Joint Exercise. 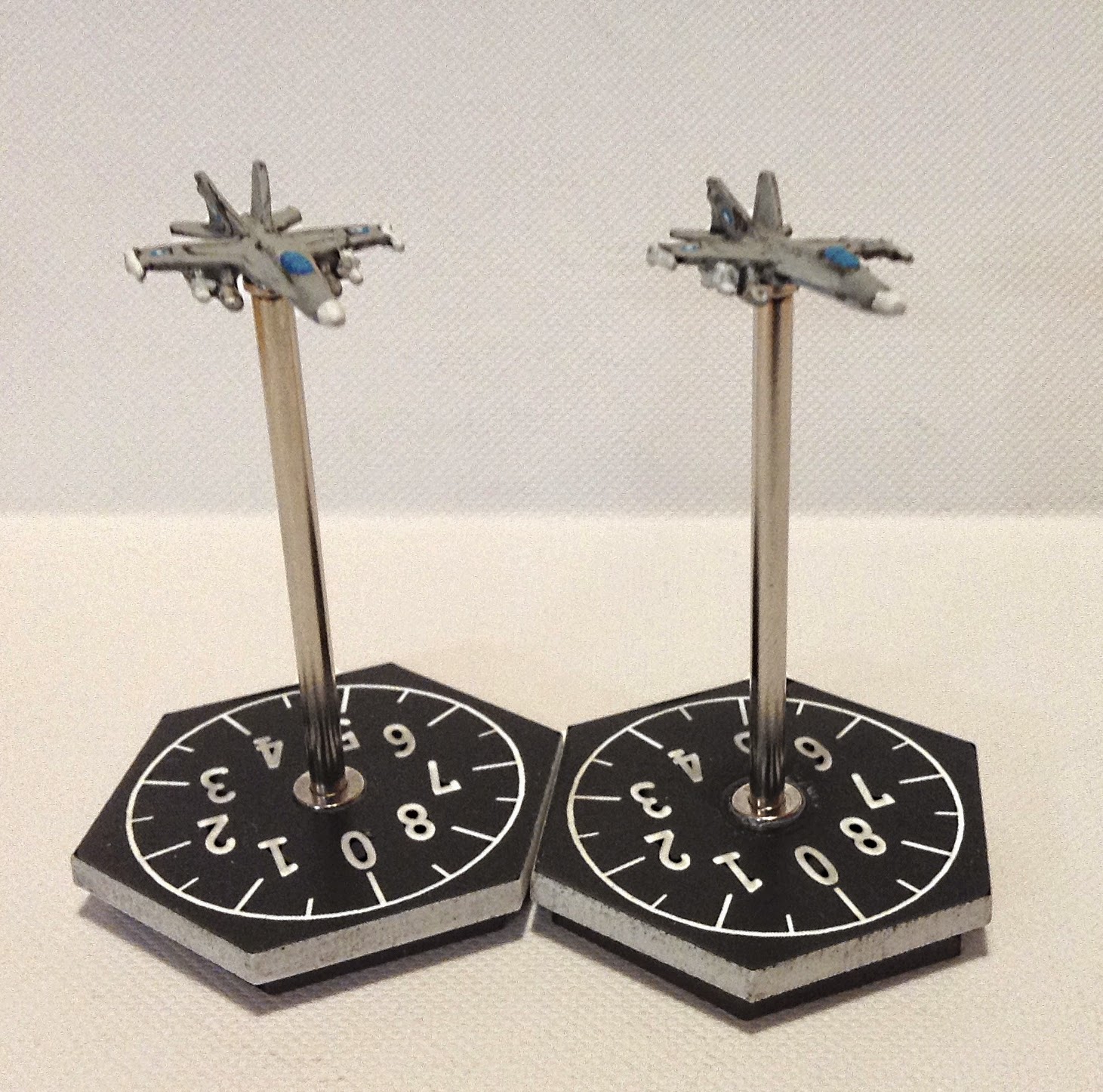 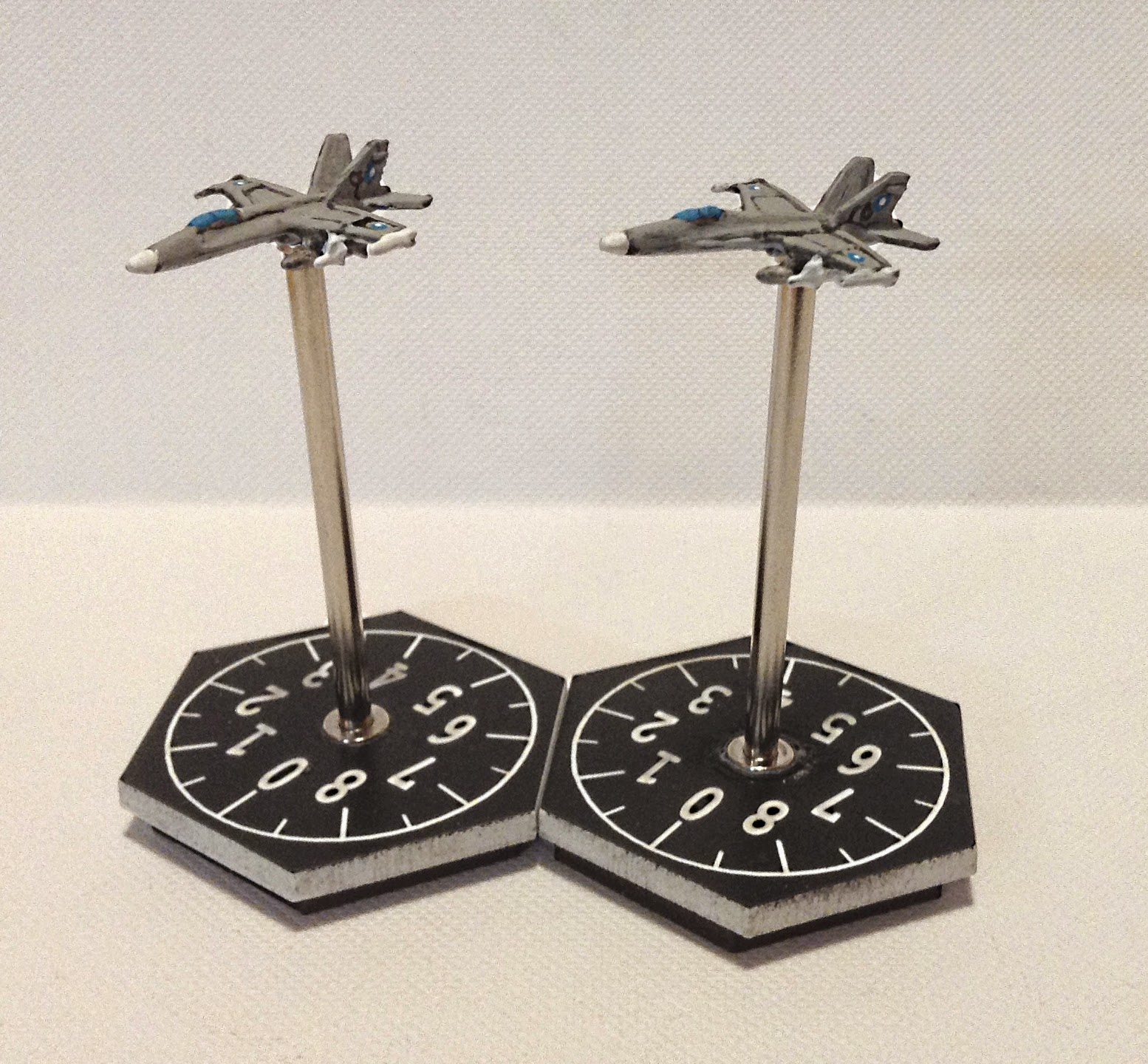 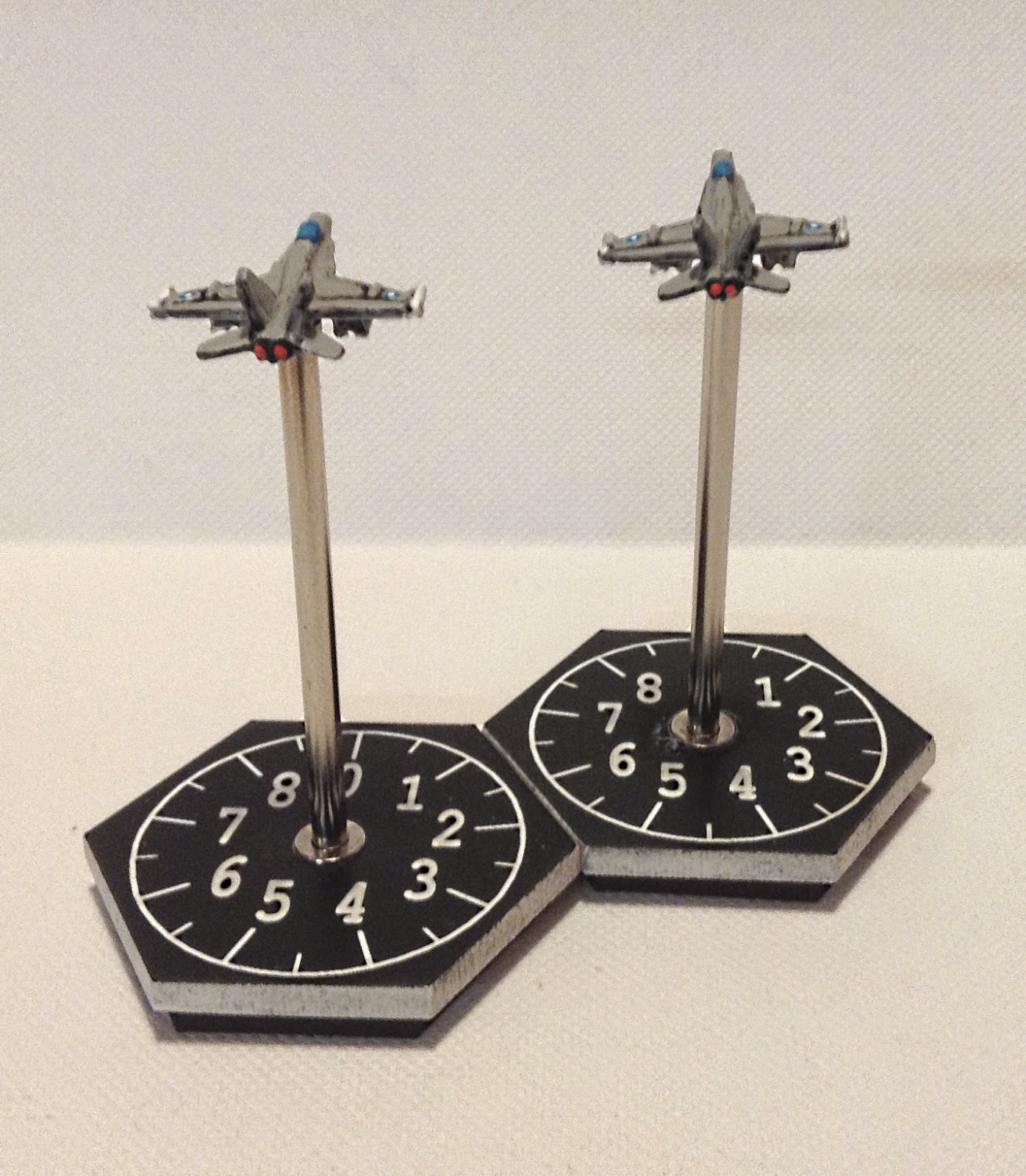 There has been an increase in air activity around Sweden and recently Russian TU-22's and SU-27's were flying towards Sweden at supersonic speed while not using there transponders. Here is an article about the recent activity Recent Activity.

Stay tuned for a game report, I will be trying out the rules this coming weekend.
Time to start shooting!

Posted by Rattlesnake at 8:35 PM 6 comments:

Naval Thunder at the Club!

Hi everyone,
Yes I am still alive and kicking. I have been recovering from my cold/cough that would not go away.  This past Sunday I got to play Naval Thunder at the game club with Soren and Joakim.  Both are members of the club and are fellow bloggers. please check out there blogs, Soren has Black Powder Games and Joakim has The Miniatures Man.  We had a fun game and it was the first time Joakim had played the rules and also Naval Wargaming.


We had three forces, the British and Americans against the evil empire of Germany. I commanded the US forces, Joakim had the British and Soren the Germans.
The Germans had the following ships:
Battleship squadron- Fredrich Der Grosse, Konig, and Ostfriesland
Battlecruiser squadron-Von Der Tann, Moltke, and Derflinger


The British had:
Iron Duke and Warsrite.

The US had:
Arizona, New York and Rhode Island.

The British and US Force was made up of all battleships.

The objective was for the Germans to shell and destroy two towns along the British coast. Each town had a specific number of hull points. Both towns were able to escape with no damage as the Germans had there hands full with the combined US and British battleships.

The Germans split there force into two groups and focuses on the two separate parts of the allied fleet. The British had to hold off the three German Battleships while the Americans were fighting there way down the coast to support the British ships.

Both sides engaged in fierce gun battles and a lot happened in a short amount of time. First both sides suffered damage to engine rooms in a number of ships which slowed almost all the groups of ships.

The first big event happened when the HMS Warspite was hit on turn 3 of the game with a critical hit. Soren rolled 20 on 2d10 and this was a magazine hit on the Warspite. The ship went up in a ball of flame. The people in the town were shocked by the explosion and may windows had to be replaced because of the massive explosion.

This did not stop the British and Americans from fighting the advancing Germans. Both sides were taking damage and eventual the Germans also suffered a massive explosion on board the Battleship Ostfiesland. She had taken a lot of damage and was about to sink when she also exploded from a shell from the US ships.

As the game progressed both sides lost ships, the US lost the USS Rhode Island and the New York and Arizona both took a beating. The British lost both of her ships in the battle. The Germans did not do much better as they lost three battleships and one BC.  The remaining BC's were also heavily damaged.

In the end the game was a victory for the British and US players since they were able to protect the coast and the Germans were not able to shell the towns.

The losses were heavy take a look at below charts for some details on the damage.


Thank you for stopping by and I hope to have more game reports in early April.
A big Thank you goes out to Soren for setting up the game!

Posted by Rattlesnake at 7:30 PM 9 comments: