The world is a much different place then when I posted my last real update. As you know I enjoy aviation focused combat games, I have been using CY-6 as my main rules set for a long time. I have an existing collection of 1/300 aircraft and some 1/600 scale aircraft that I use in CY-6. One of the major down sides to CY-6 for me is the hex mats that are required to play and also the recommended use of altitude adjustable stands, which can be expensive. 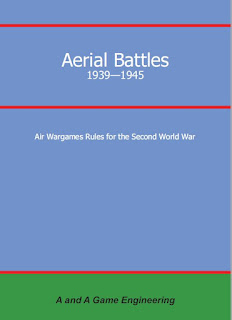 Over the years I have been on the look out for new rules that I might be able to use to replace or augment my use of CY-6, I have tried Bag the Hun but I am not a big fan of card driven games and the complexity of the game is higher than with CY-6, this is just my opinion, I like a lot of the new games from TooFatLardies but Bag the Hun could use an update. 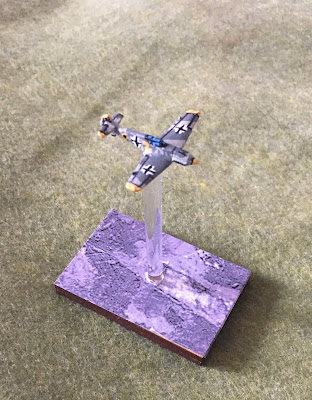 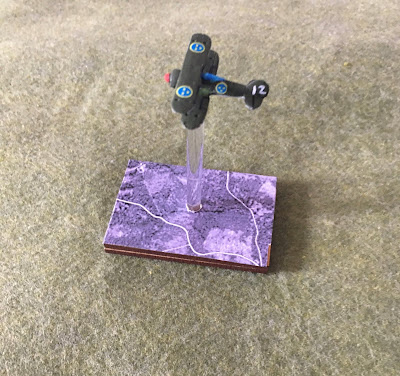 So I was checking out Wargame Vault last month and I found these rules. "Aerial Battles 1939-1945" by A and A Game Engineering. I have used there WW2 Naval rules "Action Stations" for small scale Torpedo Motor Boat actions and also I have used "Form Line of Battle" for the Scanian War naval battles that I have played since 2013.  There rules are usually very good and the newest addition to my collection of there rules are no different. They are very good. I do not have there WW1 aerial combat rules but who knows I might get them as well.

So about these rules, here is the description for A and A Game Engineering.

These rules are intended to allow two or more Players to have a fast and simple game representing tactical air combat during the Second World War. Model aircraft of any scale from 1/600th to 1/72nd, can be used. If necessary, you could also use card counters. Minimal bookkeeping is required because Markers or Tokens are used to indicate the status of aircraft during the game. Furthermore, you do not need to use a hex mat.

The capabilities of aircraft within the game have been calculated, taking a common aircraft type of average performance as the base line, in this case the Hawker Hurricane. All other aircraft capabilities relate to how they compare with this aircraft. It is possible that the performance of this or that aircraft might not match your expectations based on anecdotal evidence. We make no apology for this as we are not trying to create a simulation. The resulting data has been kept to a simple format, which enables a Player to control several aircraft during a game, and the overall gaming experience will be improved if multiple Players attempt to “co-operate” on each side.

The abilities of pilots and crew are represented by having Skill Factors. These determine how well they fly their aircraft, their chances of hitting the target when shooting, and avoiding serious damage if their own aircraft is hit. Pilot skill is vitally important in air combat, and Players will need to learn where to position their best pilots, as well as to protect their novice aviators . In the case of aircraft with several crew members, Skill is determined for the crew as a whole. You do not need to keep track of individual crew.

To carry out any action other than level flight requires the expenditure of one or more Orders, which may also require a successful Skill Test. Orders are generated each turn and better leaders generally mean more Orders. Scenario rules are provided covering simple dogfights during an Encounter, for attacking surface targets, and to represent missions where the aim is to get a force of bombers across the table.

Altitude represented during the game assumes that the main combat is taking place in roughly the same area of the sky, and it is possible to climb or dive to gain an advantage, or try to escape.

Players alternate the activation of their aircraft. Optional Tactical Cards can be used during the game to provide additional detail.

Game Data is provided for most aircraft that saw action during the Second World War. We have not included experimental aircraft or those produced in small numbers." 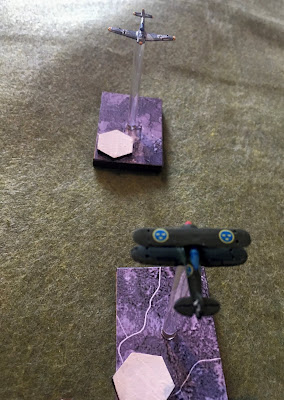 I have played on game so far and it was a simple one vs one fighter engagement. This was was for me to test out how the game flows and to see how different factors work in the game.  I was very happy with out it plays and how the turns flow. Your pilot skill as well as the skill of the crew are important in how the aircraft performs.  I have built some custom made flight stands that are quick and easy to make from the size specifications in the rules.  I am almost ready for larger games and once the COVID-19 issue is over I plan to introduce the rules to the members of my local wargaming club. 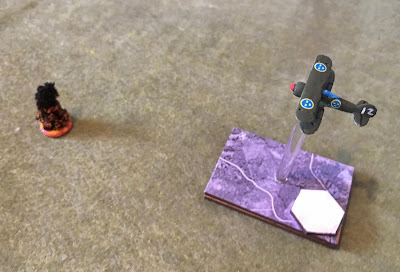 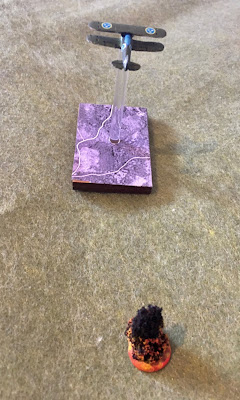 Well I hope you enjoyed this little introduction to what will become my go to game for aerial combat.

Posted by Rattlesnake at 9:56 AM 3 comments:

I just want to let you all know that I am still alive and I will have an update soon. 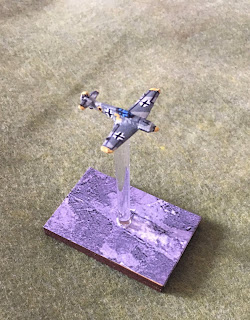 A lot has been going on since my last update. My wife was diagnosed with cancer in November 2019, life has changed a lot since then. Now we have the Corona virus hitting Europe and Sweden.

In all this I have done a little painting and trying out a new set of air combat wargaming rules.

I will write more about that soon. 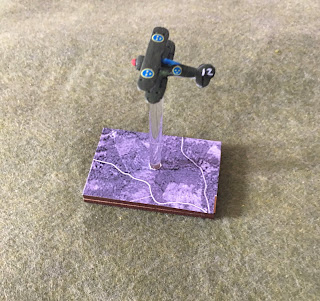 Life is going OK, My wife is still getting treatment and will for the rest of this year. 2020 will not see me doing much in gaming but I try to take some breaks from everything from time to time and get in a game.