Well it has been a busy weekend and I had a great Saturday at the Swedish National History Museum in Stockholm.  I will post some pictures of all the great stuff they have on display in the Vikings section and also in the Gold Room. 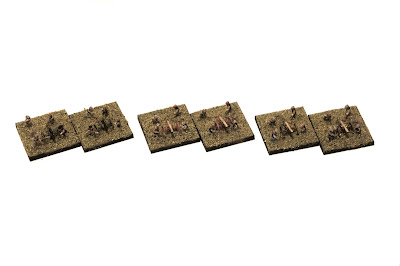 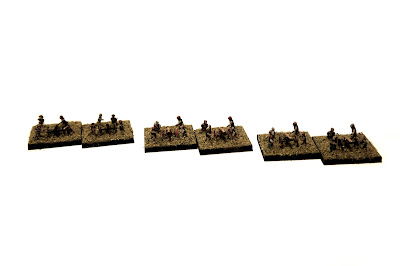 But I had some time to get some painting done on my 6mm ACW army. 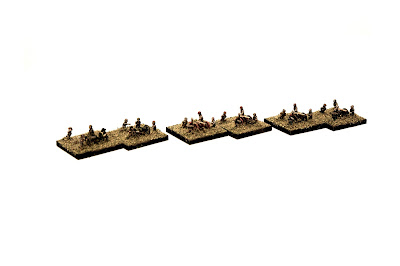 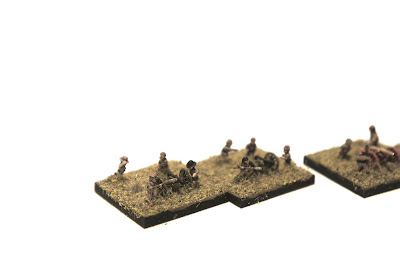 I painted up 6 Batteries of Artillery. Four batteries of M1857 12-pounder "Napoleon" guns and 2 batteries of 10-pounder Parrott rifle guns. 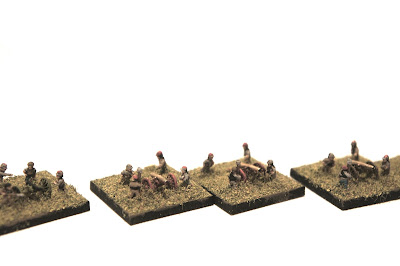 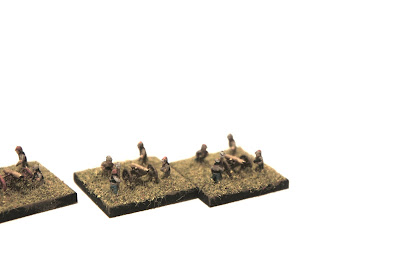 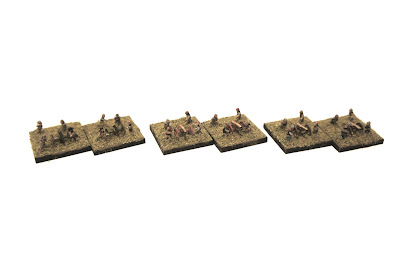 I will be switching gears and I will start painting up some 6mm Vikings this coming week. I also have a game to go to at the club on Saturday. More to come later this week. 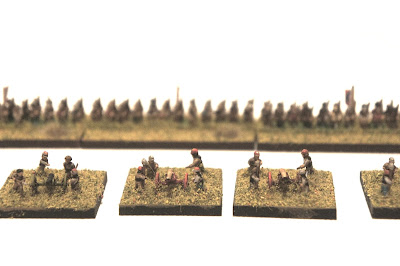 Thanks for stopping by to see what I have been up to. 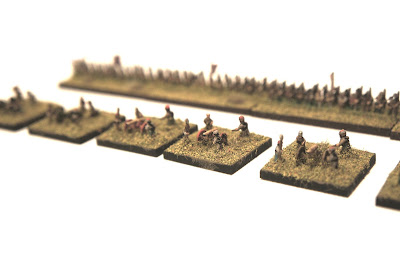 Have a good week.
Posted by Rattlesnake at 7:56 PM No comments:

This weekend I did more apartment improvements so my miniature panting had to take a back seat.  I was able to get more painting done on my BSG fleet.

I painted up one of the non-carrier type of spaceship that I have for the BSG fleet.  I still have to paint up the Battle Star Galactica but she will have to wait for this coming weekend. 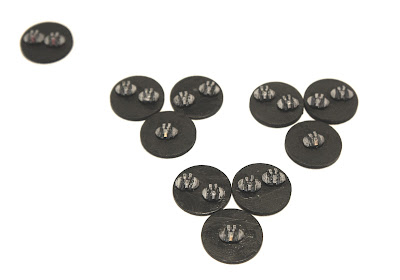 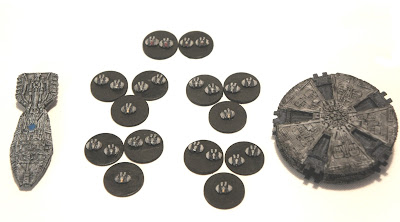 Well I hope all of you like the ships and how my fleet is coming along. 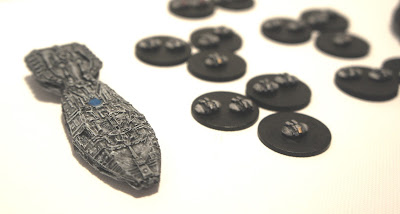 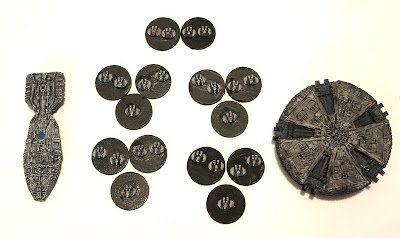 I also got a new set of rules, Sword and Spear. I plan to use them to fight battles during the Dark Ages. I plan to paint up armies with 6mm Vikings fighting other Viking also the Anglo Saxons and Franks in mainland Europe Who knows maybe I will do some battles against the Rus as well. 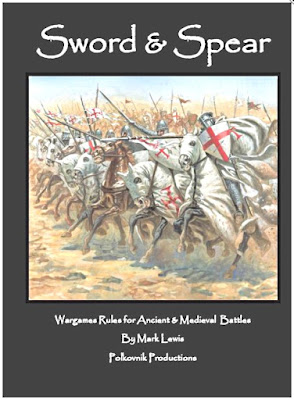 Enjoy your week.
Posted by Rattlesnake at 6:16 PM No comments:

A Little Change of Subject

Hi all,
This weekend was apartment improvement weekend so I decided to paint somehting diffrenct and actually very quick to paint up. I did this Cylon Basestar and some Cylon Raiders from the 1978 version of Battlestar Galatia Battlestar Galactica 1978 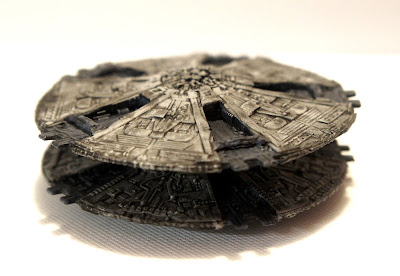 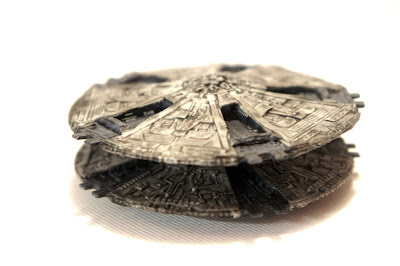 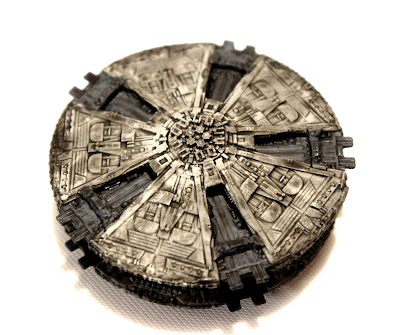 I was a fan of the original series and the new version of the series. I also have the Battlestar Galactica to paint up and another unnamed combat ship from the BG Universe.  I need to get some vipers to counter the raiders but I think I can come up with some scenarios for what I have now. 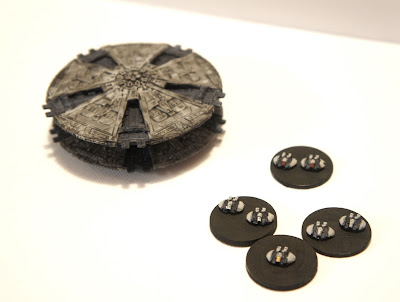 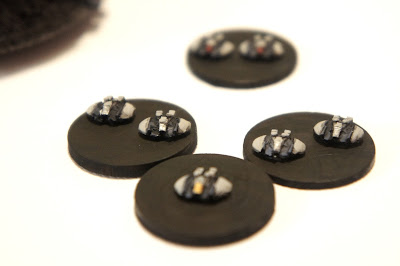 I have more Raiders to paint up and based on the rules I am using each raider equals 6 ships. 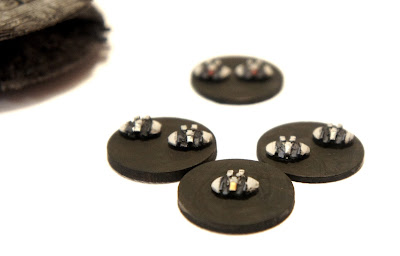 I hope you like the miniatures. I had fun painting them up. I need to get a game in soon, it has been a long time since I have played a wargame. 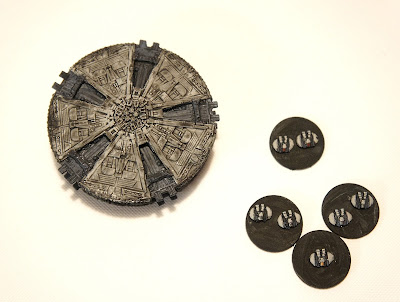 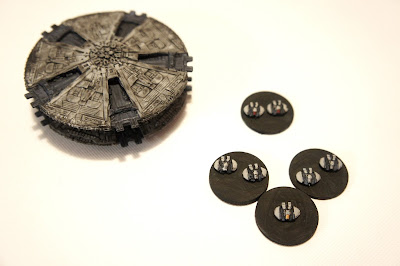 Next weekend I think I need to get back to painting the 6mm Confederates for the US Civil War.

Have a good week.
Posted by Rattlesnake at 6:06 PM No comments: