What a Tanker preparation!

This week TooFatLardies announced there next game. It will be a WWII tank on tank game, this is something I am really looking forward too. As I already have a number of tanks for WWII in 15mm for my Chain of Command games, this new set of rules should be a great addition to my collection of rules and fun to play. 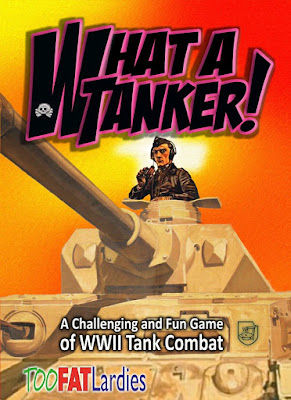 So in honor of this new set of rules, I built and painted up a Panzer III G.  It is a Plastic Soldiers Company plastic model and it was easy and fun to build and paint.  My goal is to build and paint up as many of the Plastic Soldier Company tanks that I have un-built.  I have more Panzer III's, Panzer IV's, Tigers, and T-34's that I can build.  I think that will be more than enough to run a few games at the club, since most of the boxes come with everything you need to build 5 tanks. 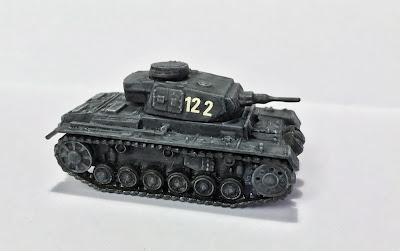 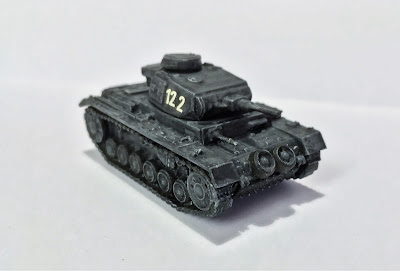 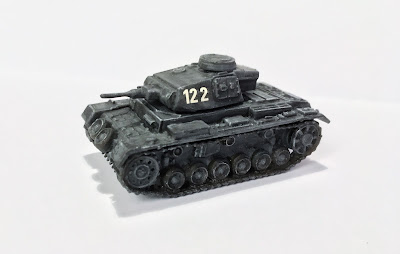 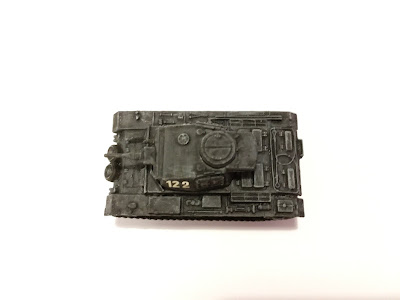 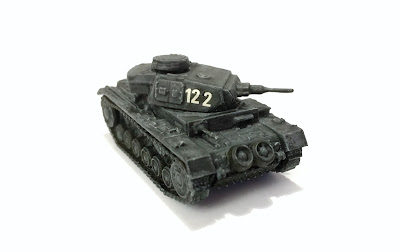 I hope everyone had a good weekend.  I will have another post up soon.  I have been painting more 3mm tanks as well. 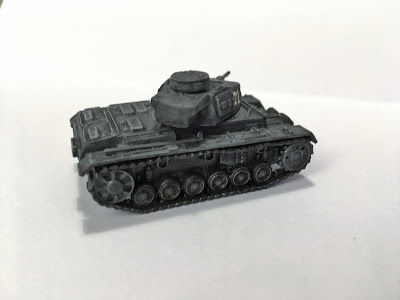 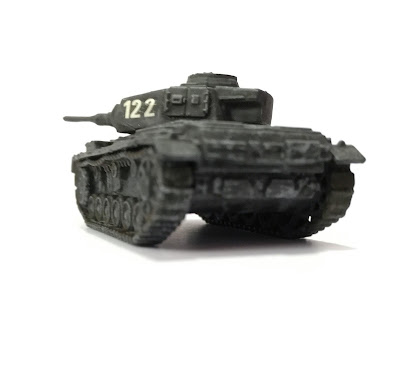 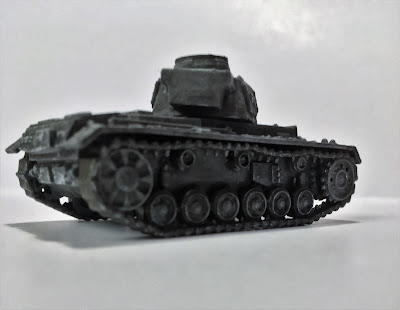 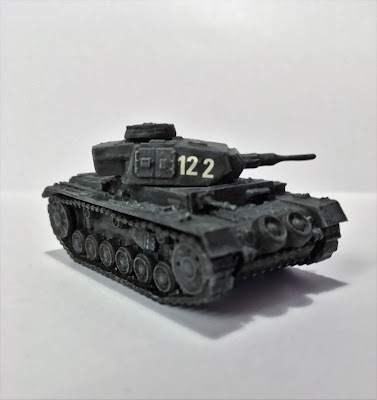 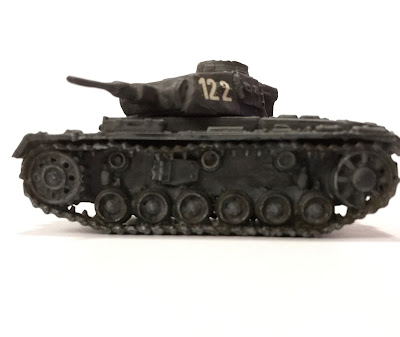