Well I did some painting recently and I wanted to share the results with you. As I stated in my last post I planned to paint up the recent arrived Eagle Miniatures as a soldier in the Svea Guard unit in the 1808-1809 period of the Napoleonic Wars.


Here is the results. 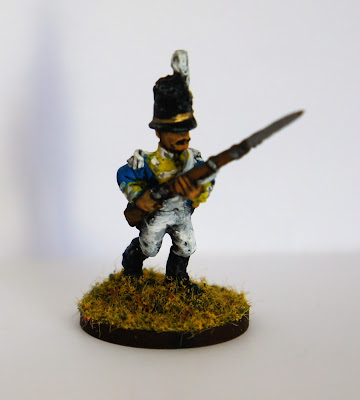 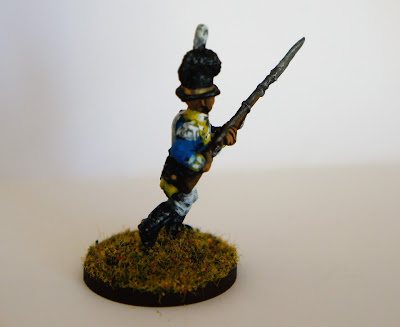 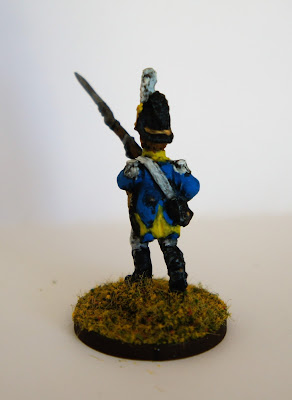 Please provide some feed back. I have only one source to work from. 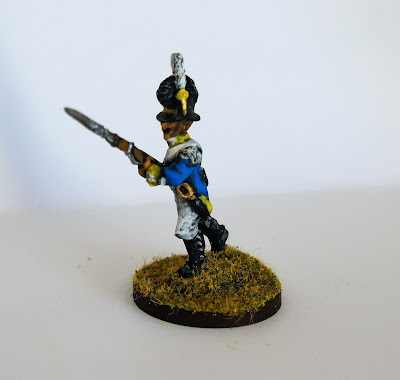 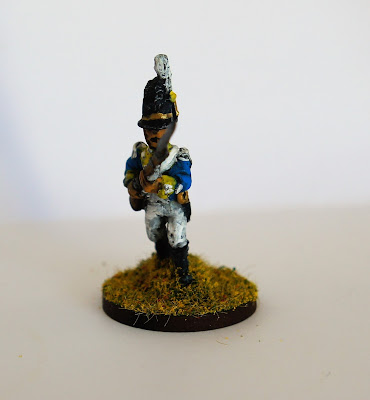 Hi all,
So I have continued to search for a good source for Swedish 28mm miniatures from the Napoleonic Wars. I found Eagle Miniatures and they have a line of 28mm Swedish troops.
I placed an order for 8-Grenadiers and 8- Line Infantry as well as one 6lb artillery gun and crew. I also got two officers to add to the mix. 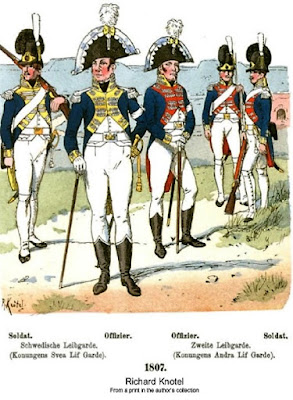 After receiving and looking at the "Grenadiers" it looks like they are actually Guard Infantry, based on the hat and the uniform.
From what I understand the Grenadiers wore this type hat (image 1) and the Guards wore this hat (image 2). The figure I received is wearing this hat (image 3 and 4)


The coat worn by the Grenadiers is seen here (image 5) and the Guards is see here (image 6), The miniature looks like this (image 7,8,and 9)

So based on my sources "The Army of the Kingdom of Sweden 1802-1814" by W.J. Rawkins I would have to say that the figure I received which is labeled as a "Grenadier" on the Eagle Miniatures website is a actually a Guards infantryman wearing the 1807 uniform?

I need your feedback here before I start painting this up please!!!

I plan to paint these miniatures up as the Svea Lifeguard based on the references from W.J Rawkins's book.

Any and all feedback will be great!

Sorry for the long pause between posts but life continues to get in the way of fun. I am still looking for work and it is starting to become an issue.  On the positive side I finally got my Swedish Drivers Licence so now I can drive here and in Europe. 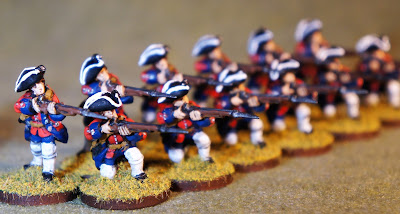 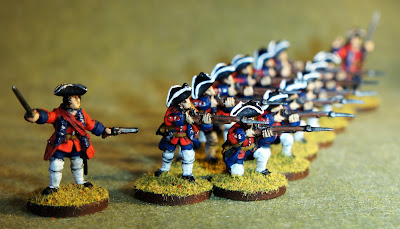 I did play a game of Pikeman's Lament and here is a link to Daluappror's blog post on the game. It was fun!

Death in the Snow!

On the painting front I have finished some 28mm from the Galloping Majors recent Kickstarter. They are great miniatures and they painted up real good.  I painted them up to be the 60th Royal Americana's Regiment of Foot from the French and Indian War. 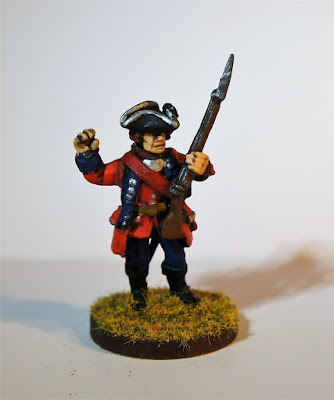 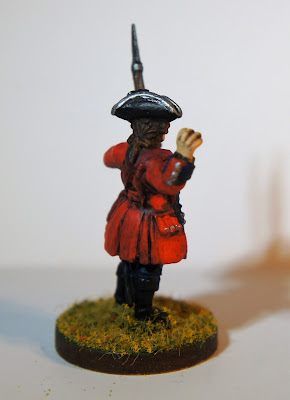 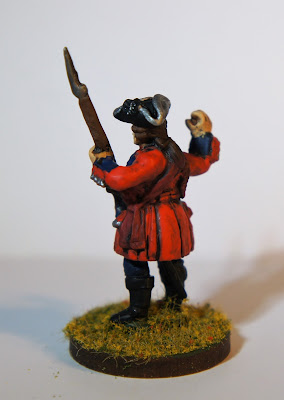 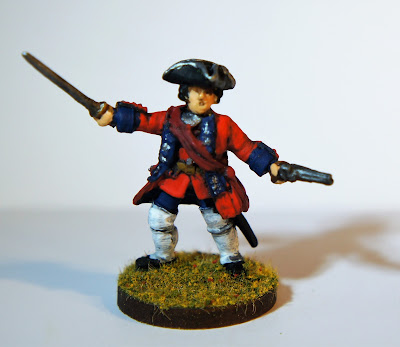 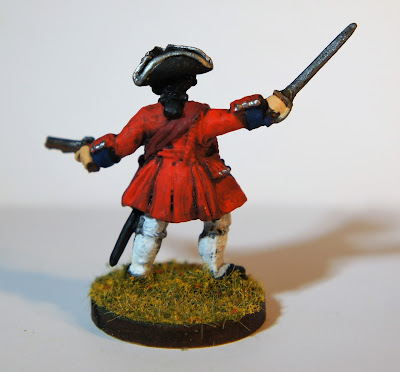 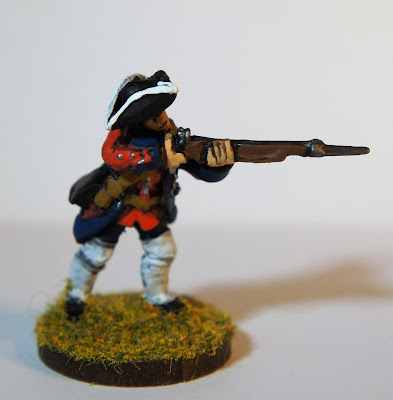 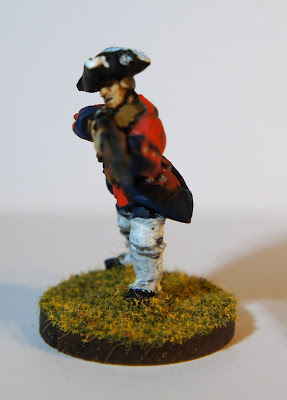 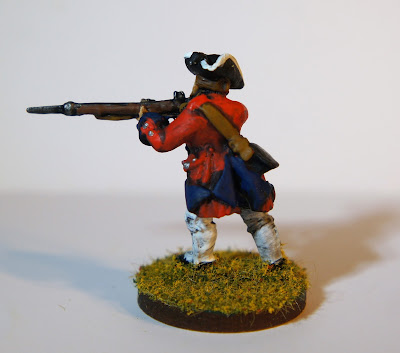 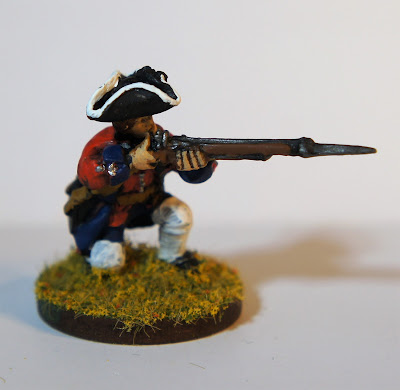 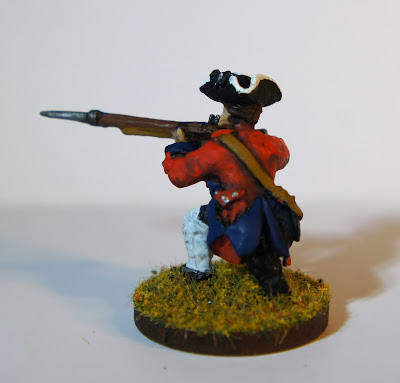 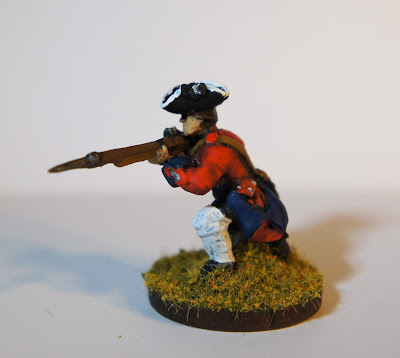 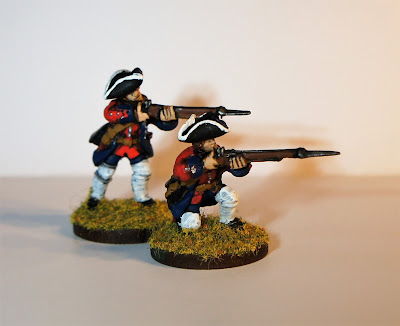 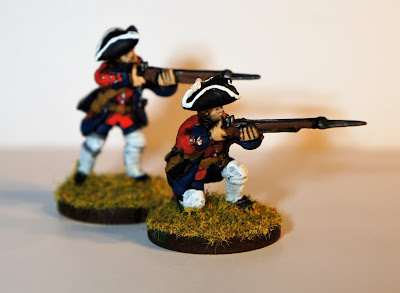 Have a good weekend.
Posted by Rattlesnake at 3:43 PM 6 comments: