Hi everyone!
Well it has been a long time since I played CY-6 (Check Your Six) but this past week, Jesper and I started the JG54 Eastern Front campaign. I had written up the scenario almost a year ago using Squadrons forward. Here is the Scenario that the campaign rules generated for me.

The Soviets must protect the Photo Recon Aircraft at all costs. Soviet recon aircraft must make it to the target (two board lengths away) and return to friendly airspace."

So I sent up the 1st Flight of fighters to take on the Soviets. Here is the pilot roster before the fight.

So Jesper and I played the scenario with Jesper taking control of the Germans and I took the Russians as I am more familiar with the rules and I knew the Germans would win the scenario based on the initial set up and I wanted to see if I could score any kills on the Germans.

So the first turn went well for the Germans! 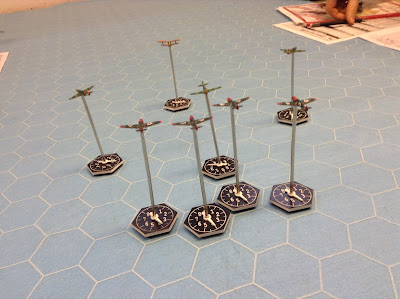 I tried to break up the German attack by sending one plane banking left and another banking to the right. The leader of the Soviet flight did a loop and ended up being shot down by Section Leader Heinrick Bickel. The Soviet plane that broke left was soon shot down by Paul Buckel.


The next few turn saw the Soviets continue to run and drop altitude to try to gain speed on the Germans. The Recon plane was going straight while the lone Lagg-3 was truing to work its way around the Germans.


The Soviet recon place decided to turn back towards the only other Soviet plan left in the sky. The Germans continue to close in for the shot. The German formation starts to break up as everyone jockeys to get the shot on the I-153. 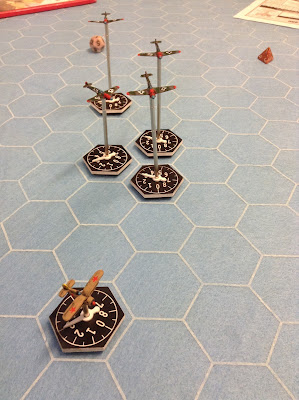 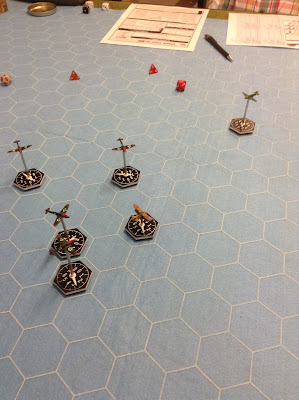 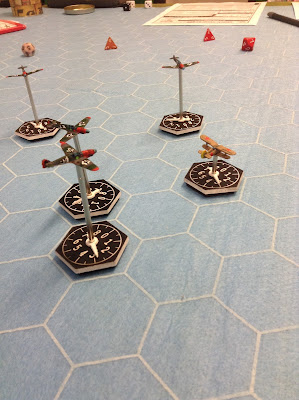 The I-153 was able to turn and drop a lot of altitude making it hard for the Germans to get a shot and also lead the Germans closer to the last Soviet Lagg-3.

Things got hot this turn as the Lagg-3 was able to get some shots in on the German Section Leader Heinrick Bickel. The Soviets aim was on target and was able to score hits on the superstructure and score a critical hit with the 20 mm ShVAK cannon.  This causes a fire in Heinrick Bickel's engine.

The bad thing is that the Soviet pilot was so scared that he fires all his ammo in this one attack. 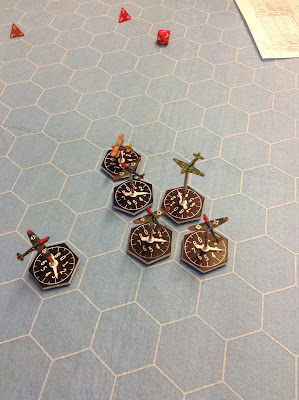 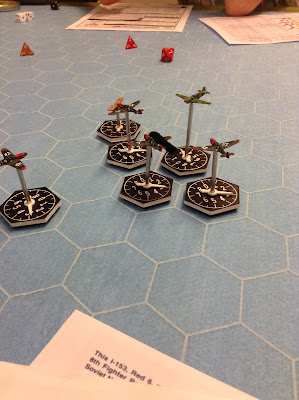 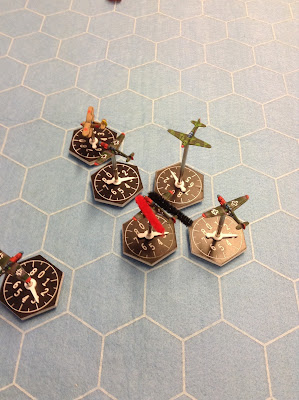 The Germans were all trying to get in a shot on the recon bird and the kill shot came from Section Leader Heinrick Bickel even though his aircraft was damage and his engine was spitting fire!

The Soviet Lagg-3 decides to make a run for it and dives down to get out of the fight. the Germans do not pursue the last Soviet as they watch in horror as Section Leader Heinrick Bickel's plane is engulfed in fire and starts to dive for mother earth.  None of the Germans see the impact but they do not hold high hopes for his survival. 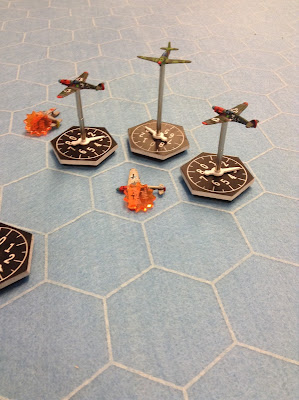 So at this point the CY-6 air battle is over and the German's return to their airfield in East Prussia and land with out incident.  They are debriefed and Section Leader Heinrick Bickel is listed as MIA.

The Section is sad to see there leader die in their first combat mission against the Soviets.  A replacement aircraft is assigned to the Section and a new pilot is assigned to take over the Section. The new Section Leader is Stephan Telkmeyer, he is welcomed to the the section and has the honor of passing out the sections first awards. The former Section Leader Heinrick Bickel is awarded the Iron Cross 2nd class for his two kills of the day.  Also awarded an Iron Cross 2nd class is Paul Buckel for shooting down one of the Lagg-3's at the first few seconds of the air battle.

Below is the updated Pilot Roster and Kill Roster the group on the first day of action. 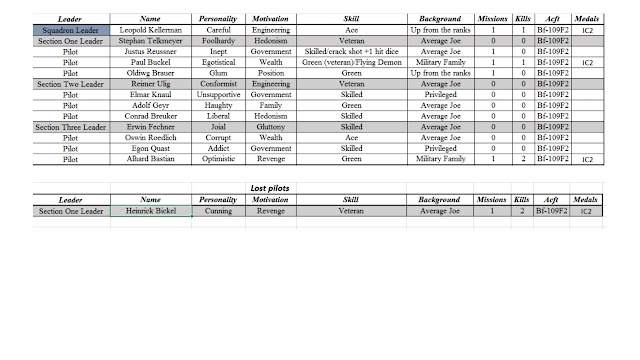 I hope you have enjoyed this AAR and hopefully soon we will have some more games of CY-6 at the club!!

Have a good week!
Posted by Rattlesnake at 7:54 PM 2 comments:

Chain of Command game this week at the club.

Well I had a chance to play some Chain of Command at the club this week and I had a fun time. There were a total of 4 players and each of us had a platoon of infantry with some pretty good support options. 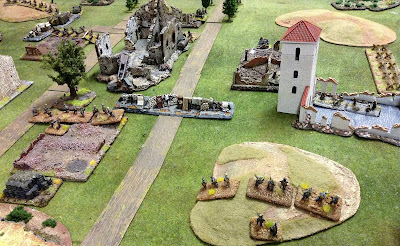 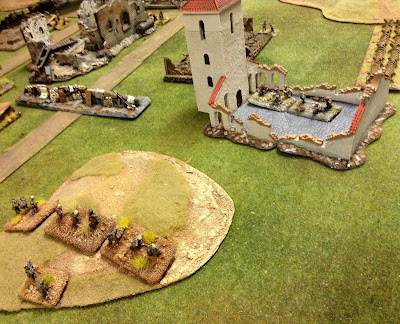 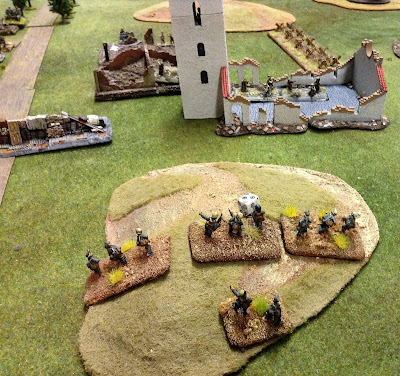 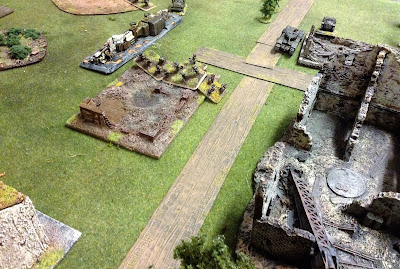 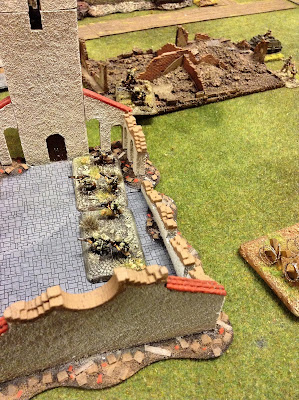 The scenario was set in Italy in late 1943 early 1944. So the Germans faced a platoon of Italians and a platoon of British troops. 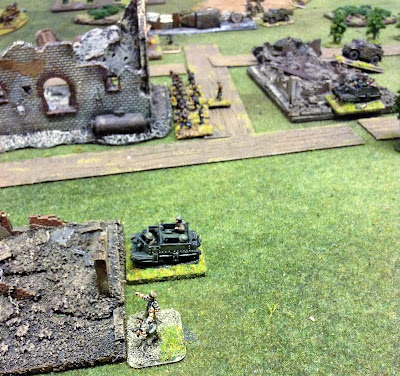 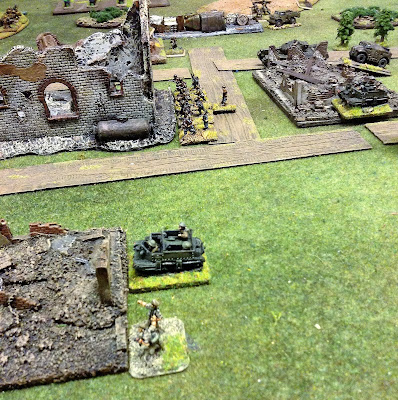 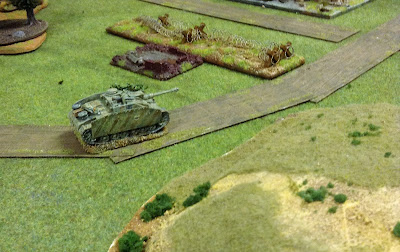 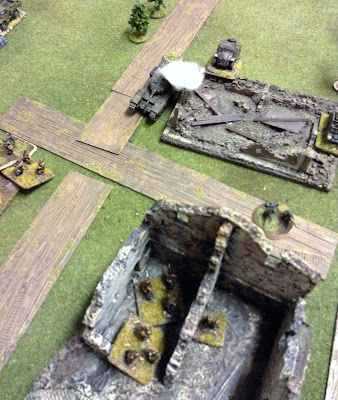 Here are some of the pictures from the game. 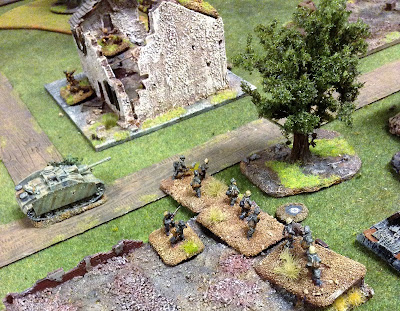 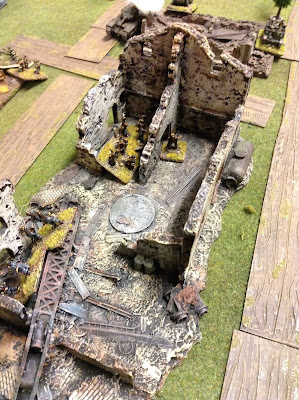 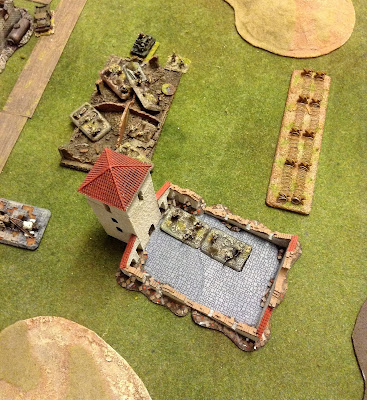 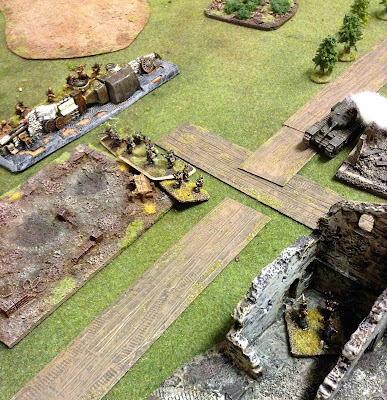 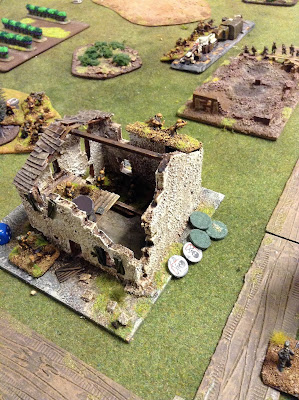 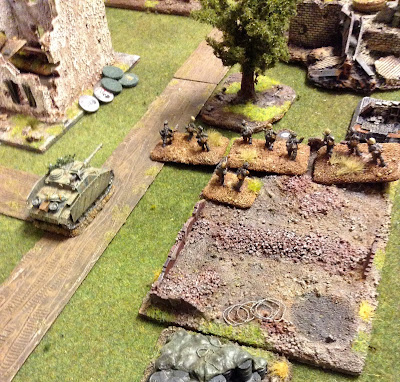 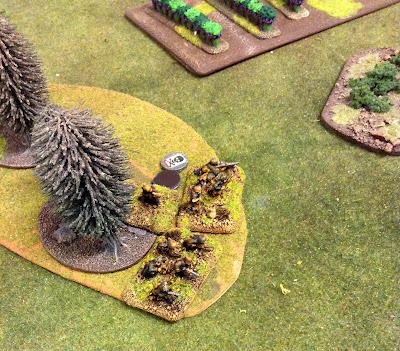 Posted by Rattlesnake at 8:27 PM 2 comments: