It has been a good weekend.

I was able to finish two projects, the Space 1999 and the Battle of Denmark Strait project. 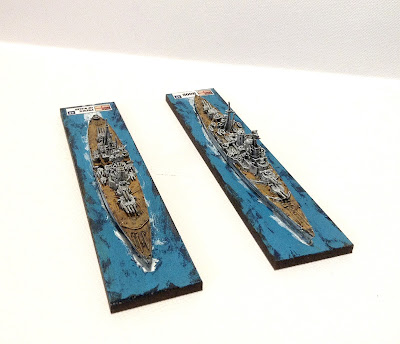 The last two ships to finish the Battle of Denmark Strait were the HMS Hood and the HMS Prince of Whales. These two ships have been sitting in my to paint pile for over a year now, so it is good to get them done. 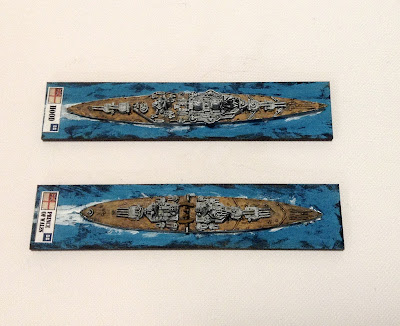 Here are some pictures of the two British ships and also the entire force for the game. 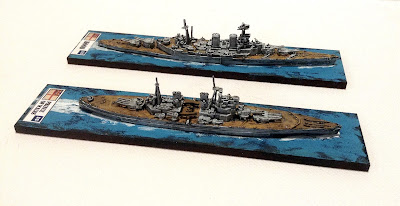 Let's see how the battle fights out when we play at the club. 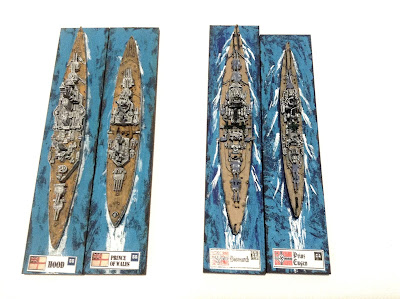 I hope everyone was able to get some painting done this past weekend or the chance to play some games. 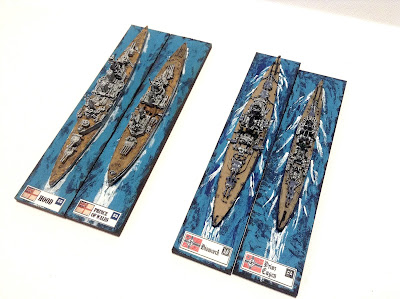 Have a good week.
Posted by Rattlesnake at 5:51 PM