My first game of Seven Days to the River Rhine

Hi all, as the title of this posts says I played my first game of Seven Days to the River Rhine at the club recently. It was a fun game with East Germans vs West Germans in a meeting engagement scenario with about 500 points on each side. 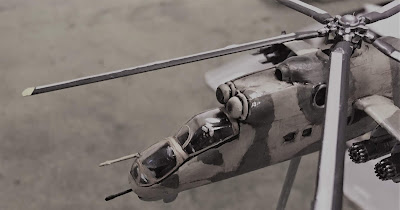 I brought my tanks that I have painted up in 15mm and two of my T-72's made it to the table top. 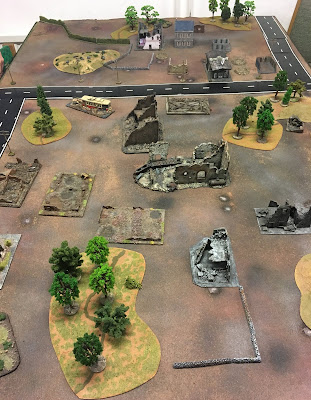 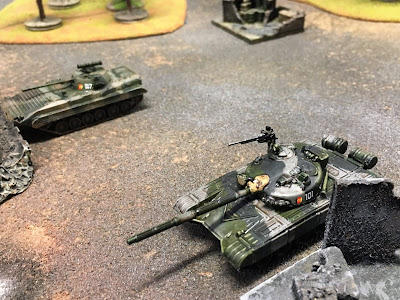 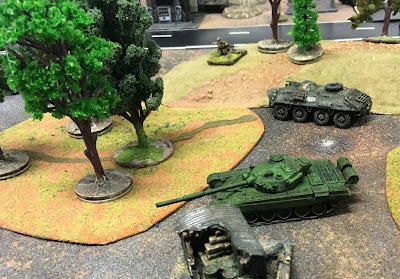 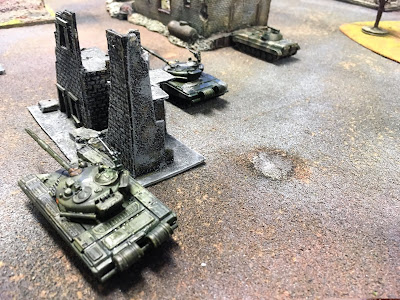 The terrain, as you can see was not the best for tanks and APC's but it made for a challenging scenario. 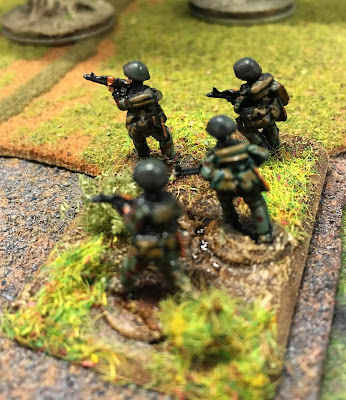 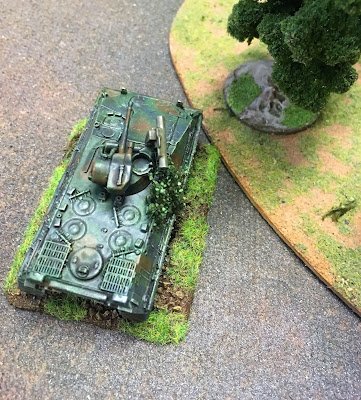 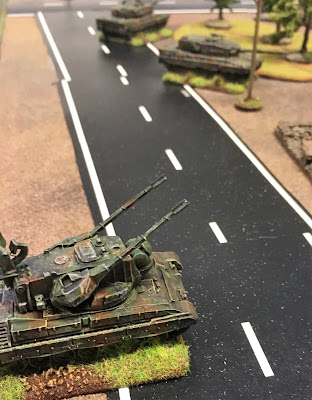 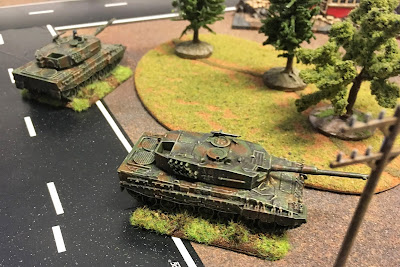 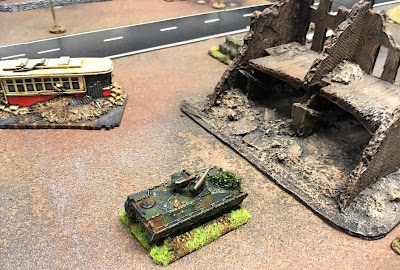 We had four objective on the board and they were consistently being contested by both sides. We had some Helicopter support in the form of a Mi-24 Hind and the West Germans had a B0-105. They did some good but they are not supper powerful since they can be fired at by the Infantry bases and dedicated AAA assets. 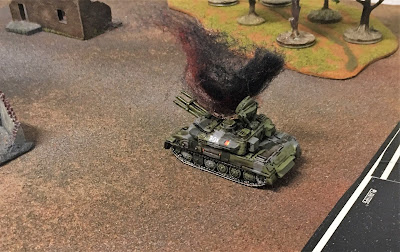 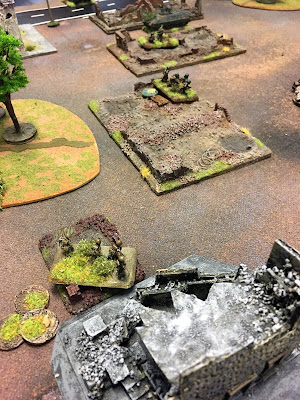 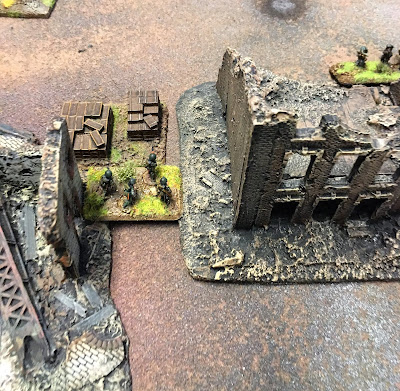 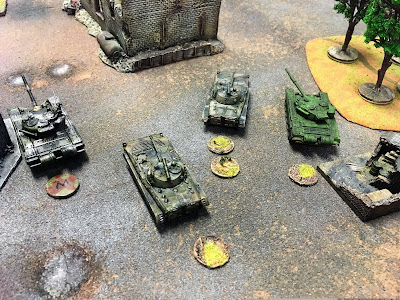 Overall I liked the way the game works and it is fun. The game ended in a draw as both sides controlled two objective markers and the points for destroyed forces was about equal. I will be playing in another game this evening at the club and I hope to have some more pictures of the action posted this week 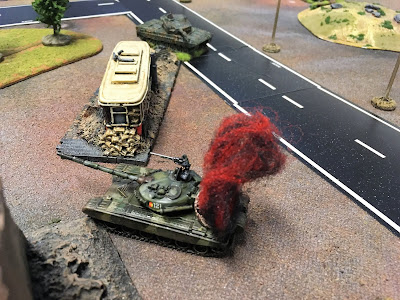 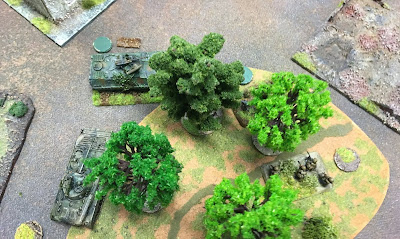 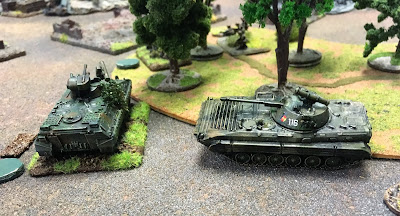 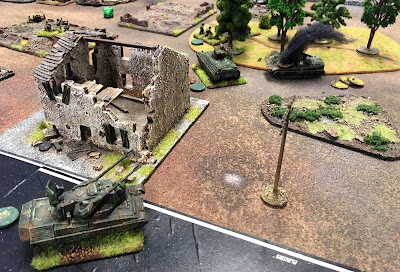 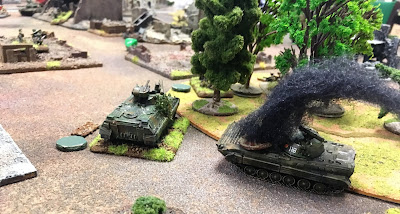 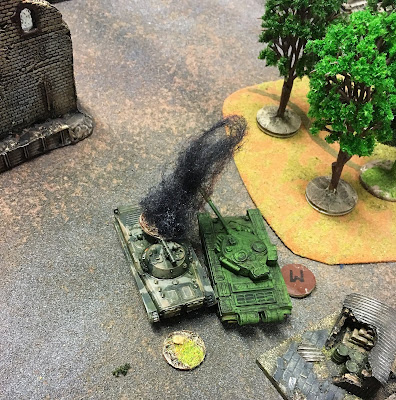 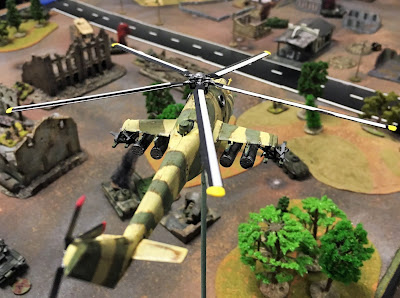 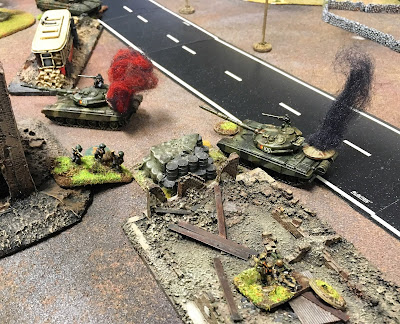 Skål
Posted by Rattlesnake at 6:50 AM