I took some time to start learning the "Thud Ridge" rules by using some 3mm WW2 tanks for a ground target for two JA-37 Viggens. This is just a learning game but it helped me to think about how to run some games I want to run at the club once we are able to get back to face to face gaming. 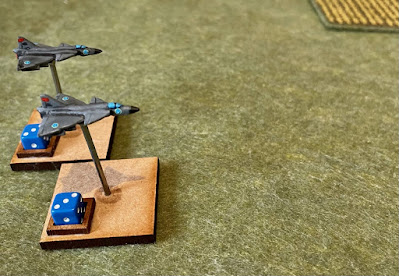 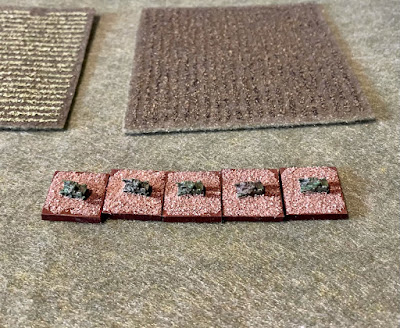 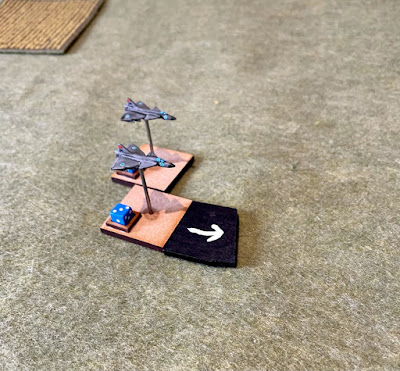 The rules plays pretty good, I just need to play a few more times. I will add some extra ground support units in the next game. I plan to add some AAA guns and place the tanks in a defensive position with the AAA providing support. 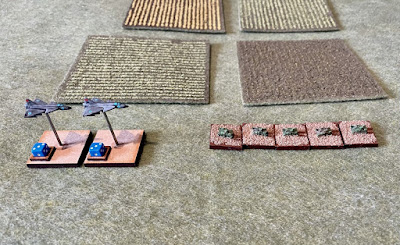 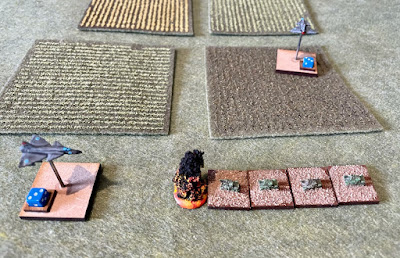 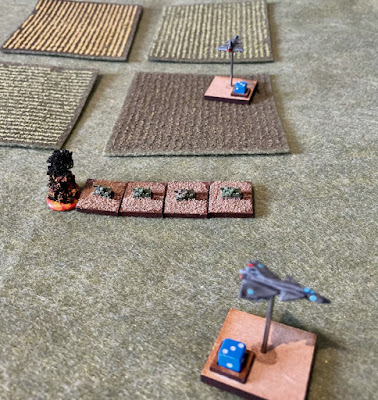 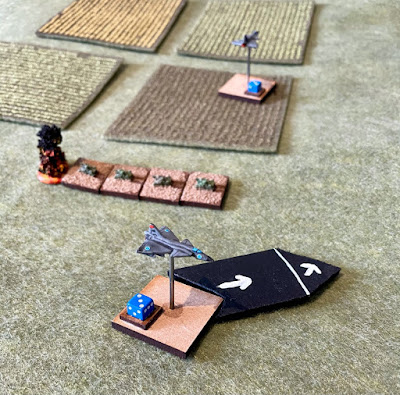 Of the two Viggens only one hit its target. the other missed. So that is about a 50% hit rate. Hopefully that will improve over time. Pictured in the above picture is a movement template that I made using a 3mm thick MDF base I had. I made them two sided so it is easy to use depending which way you want to turn. 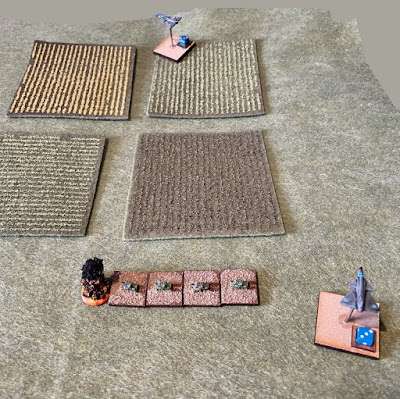 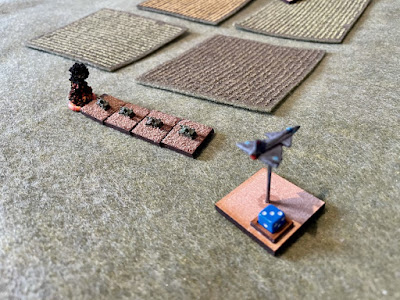 So after dropping there bombs the two viggens flew back to there base to rearm and get some help from the rest of the squadron. More games in the coming week to add the AAA and also some enemy air power.

Posted by Rattlesnake at 3:14 PM