Happy New Year to everyone! I hope 2022 is going well for all of you!

Here is some photos from the second mission of the Rolling Thunder game I am playing. I am using the Thud Ridge Rules and all the aircraft are from Tumbling Dice Miniatures. They are very good miniatures. 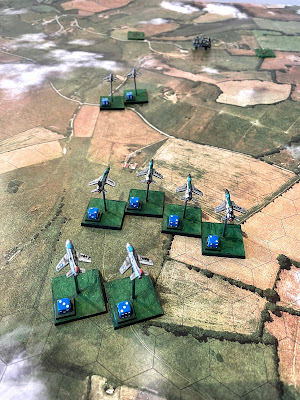 For this mission we are going back to the same target at mission number 1. The mission did not succeeded in taking down the bridge and now we also know there are two AAA sites near the bridge. We will have the same strike package as before with two F-100's armed with rockets to attack one of the AAA sites and the F-105's doing the heavy lifting and striking the bridge.We also have two F-100's flying in an anti-aircraft roll, armed with Air to Air Missiles. 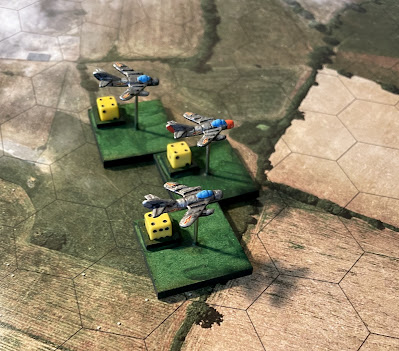 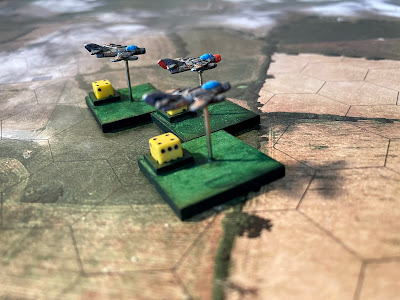 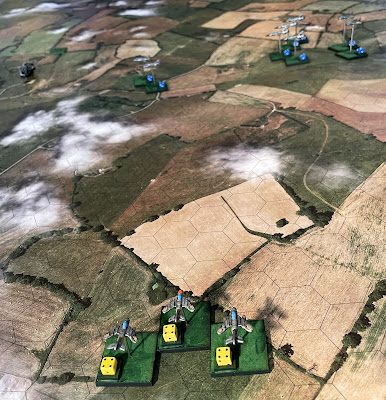 On the way to the target a surprise guest showed up, a flight of 3 MiG-17's. 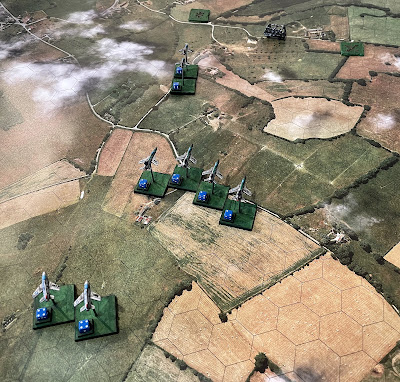 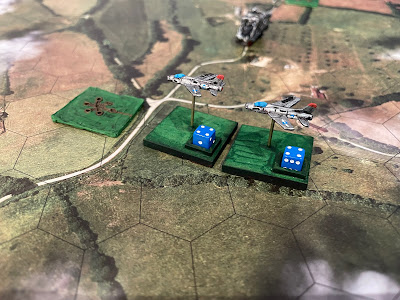 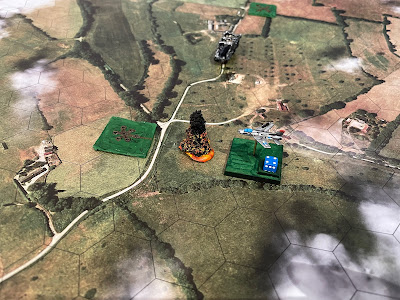 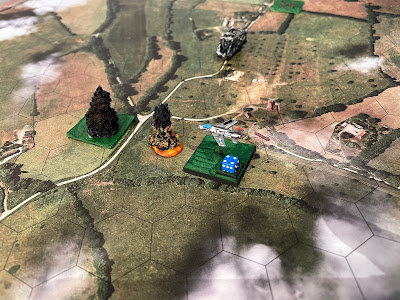 The lead F-100's go into attack formation to take out the AAA site, The AAA gunners are good and they are able to shoot down one of the two attacking F-100's. The Second F-100 is successful and is able to knock out the AAA site, this will allow an easier approach to the target by the F-105's. 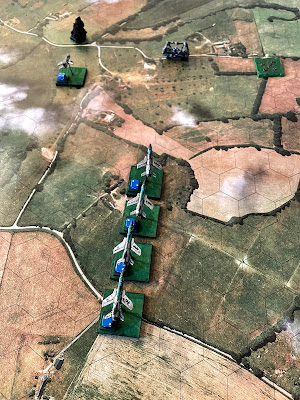 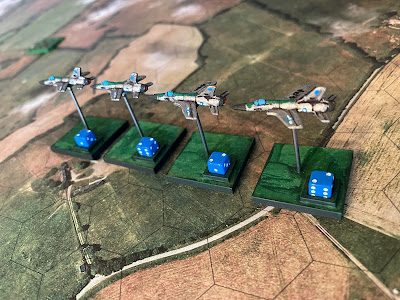 The F-105's get into there attack formation ready to take out the bridge. They are hoping for a clean entry and exit from the target area. 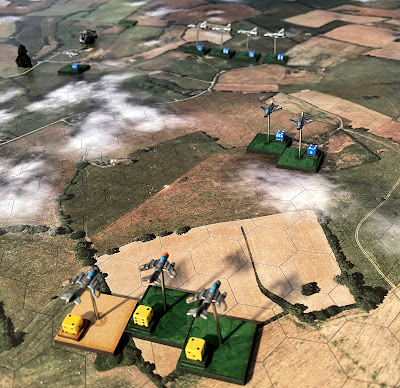 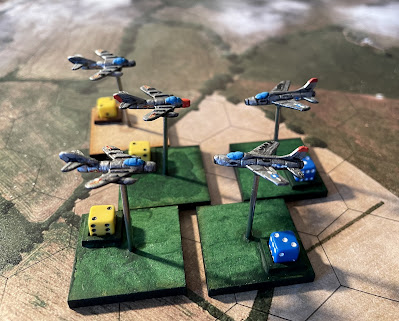 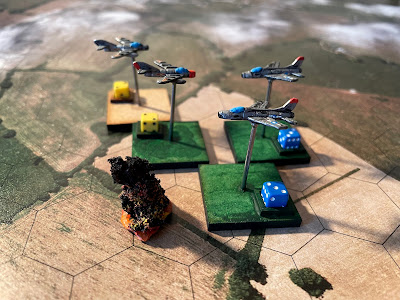 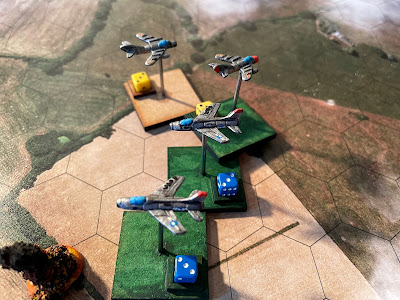 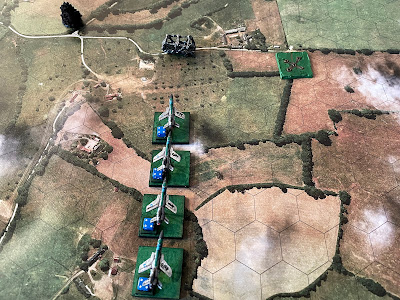 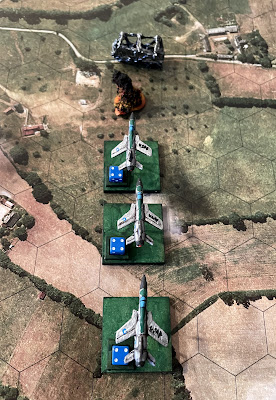 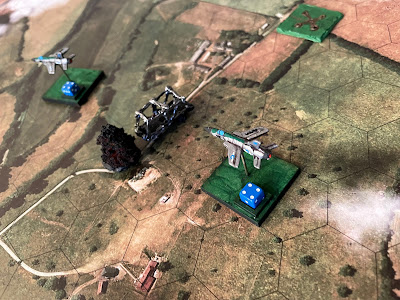 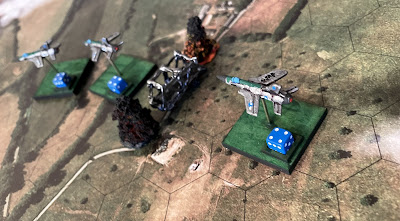 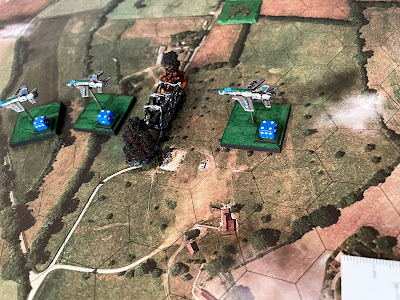 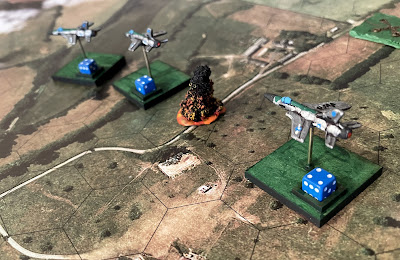 The lead F-105 is shot down by small arms fire, the flight is coming in low this time to increase the chance of hitting the target, but it also means they are vulnerable to small arms fire. The second F-105 scores a hit on the bridge but it is still not enough to drop the bridge. The third F-105 misses the target but number 4 is able to hit the bridge and do enough damage to drop the bridge. Mission Accomplished. Now they need to get back to base. 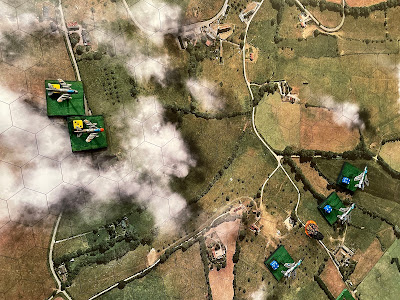 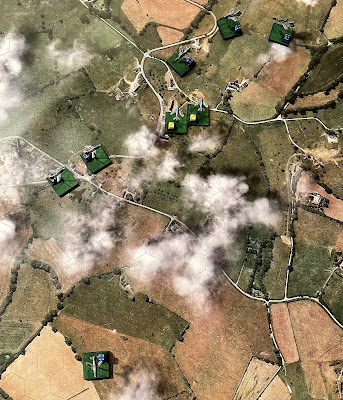 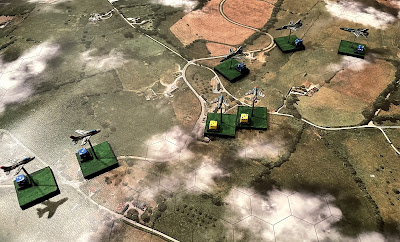 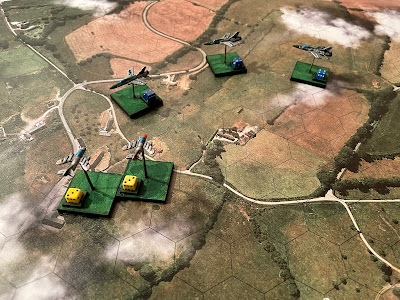 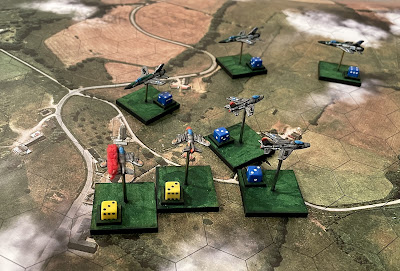 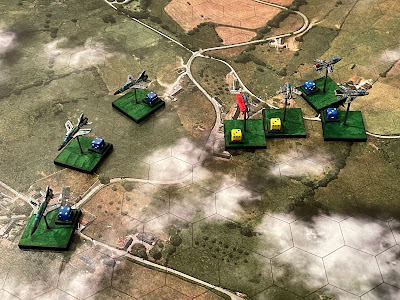 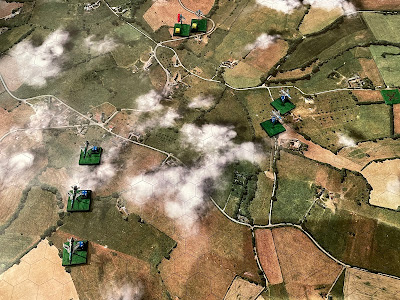 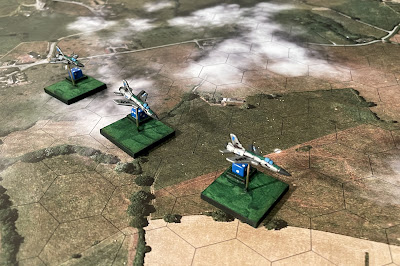 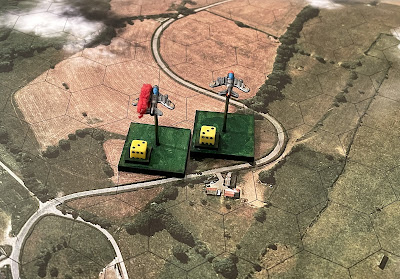 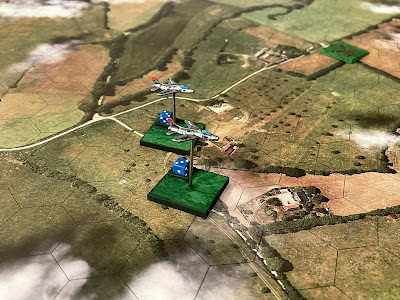 All in all it was a good mission. Next up is the rescue mission to retrieve the down pilots. I need to paint up some minis for that mission but I am happy that the rules cover the SAR (Search And Rescue) operations.

Posted by Rattlesnake at 3:03 PM